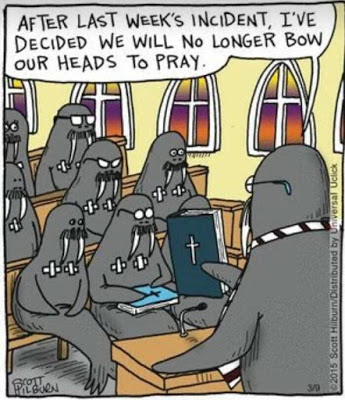 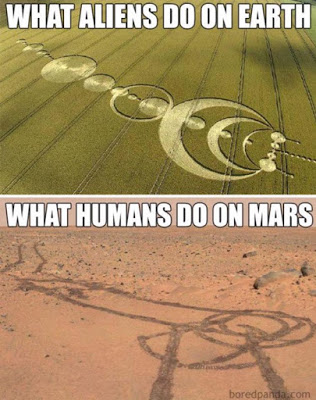 I know, ours look like first grade squiggles, but the space aliens had a lot of time to work on graphics as they crossed the void in order to graffiti some cornfield in fly-over country.

The End of Women’s Sports?

If you’re a guy and want to set a world record, tell everyone that you’re a woman, call Ripleys or whoever records these things (PT Barnham is dead) and go for it.

A male weightlifter, who “identifies” as a woman, smashed four women’s world records in a single day, igniting a backlash from female Olympic champions. That’s not the sort of inclusive sportsmanship that most of us would expect from Olympic champions. Mary Gregory is on her way to sweep her weight class at the Olympic Games unless some guys from other countries also identify as women.
READ MORE: https://pst.cr/YLo6P #TransgenderAthletes

Why the backlash? A woman set several world’s records… You think that women would be happy to see a woman who can compete with men on a level playing field… Remember that gender and race are just constructs. You are what you think you are when you wake up on any given day.

For the record, I’d make a hideous woman. I’ll stay male, heterosexual and white. There’s just so much privilege that comes with that choice.

Is it The Environment?
Or is it just a scam?
Failing candidate, and fake Mexican, Irish Bob (Beto) O’Rorque, is trying to snatch headlines from Slow Joe Biden by promising to spend $5 trillion of your tax dollars on saving the planet during the coming ten years to armageddon. Beto says that the clock is counting down to our demise.
The scare tactics used by the left and their (political) scientist cronies in the climate change movement are amusing to most of this blog’s readers. Every ten or so years or so there is another environmental crisis that is bound to end in global warming, global cooling, over-population or under population. It’s a magical number chosen for very specific psychological reasons that have nothing to do with climate models or actual science.
One of the first warnings came from Harvard biologist (and communist) George Wald. He recognized changes in the way many animals were acting and shifting from their habitats and estimated that “civilization will end within 15 or 30 years (twenty years ago) unless immediate action is taken against problems facing mankind.” The first Earth Day was organized and unveiled to the world in 1970. The day after the first Earth Day, the New York Times editorial warned, “Man must stop pollution and conserve his resources, not merely to enhance existence but to save the race from intolerable deterioration and possible extinction.”
There have been a lot of them. Once Y2K proved to be a dud of a worldwide catastrophe, the left of the day started latching onto more decade-long doom and gloom predictions, culminating in the infamous Al Gore predictions of the mid-00s. Ten years, and we’re done. But the ice caps have not melted and polar bears thrive. Yet the Left still peddles this crap because there are a lot of weak minded people who will donate to them.
All you need to do is give up your plastic straws, and the planet will be safe.
The climate on Earth has been changing since the crust cooled. There isn’t much that man can do about that. It’s a complex thing. We can pick up trash and treat the planet kindly. We can avoid polluting. But I don’t know that our impact on the climate is significant. Technology is heading in a direction that is going to make fossil fuel burning obsolete. It isn’t because of doomsday predictions . It’s because logic tells us the fuels on this planet cannot last forever. Real science tells us we need potable water and clean air. Our wallets tell us gas is expensive and nobody likes filling up a gas guzzler. But perhaps most importantly, renewable energy plus carbon-friendly nuclear energy will be better once they become more efficient and less expensive.
However, Irish Bob O’Rorque will save you if only you are willing to send him all of your money. He needs to team up with AOC and do some sort of traveling tent revival meetings, to focus on the mooches who want a crisis and want to feel as if they can fix it. 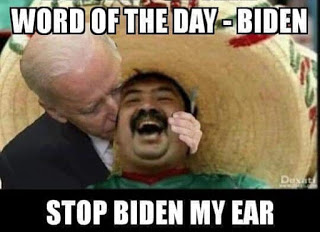