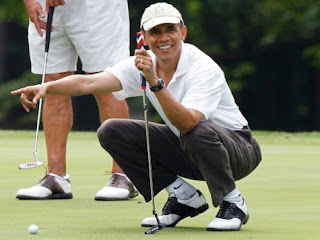 Facebook
Twitter
Pinterest
WhatsApp
While the American Mainstream Media is obsessed with how bad Donald Trump is and how glorious Hillary Clinton is, things are happening well outside of the famous Clinton “Reset with Russia”. Since I’m sure that you haven’t heard about this on the news, I thought to report for you.

On 16 August, the Russian Defense Ministry said that Tu-22 strategic bombers and Su-34 fighter bombers flew from Hamadan air base in Iran to attack Syrian targets in Aleppo, Deir al-Zour and Idlib provinces.

The Russian statement said the attacks destroyed five major ammunition depots, training camps and three command posts.
Russia’s state-run news channel Rossiya 24 reported, “It became known earlier that the Russian military had asked Iraq and Iran for permission to use their airspace for the overflight of cruise missiles…. Experts say the deployment will give Russia’s Aerospace Forces a number of advantages. For instance, the time it takes to reach the targets will be cut by 60 per cent. In turn, this will enable the bombers to carry a larger payload.”
Iran’s Fars News Agency reported that the Tu-22 requires longer runways and previously flew from bases in southern Russia. Using an Iranian airfield cut the bombers’ travel distance from 1,250 miles to around 400 miles. Russia also has requested the use of Iranian airspace to fire cruise missiles at rebel targets in Syria.
The Secretary of Iran’s Supreme National Security Council, Ali Shamkhani, said that Iran’s cooperation with Russia “in attacks on terrorists is strategic,” the Islamic Republic News Agency (IRNA) reported.
Shamkhani said in an interview, “Constructive and massive cooperation between Iran, Russia, Syria and the Resistance Front has made conditions extremely difficult for the terrorists and this procedure will continue after the launch of a new operation until they are completely destroyed.”
According to IRNA, he also said that in various meetings with officials of Western states Iran has reiterated that “they will have to pay for supporting armed forces in Syria, and when these trained forces return to their own countries they will create insecurity.”

The Russian-Iranian air arrangement is unprecedented and represents a strategic shift, but few facts are known beyond the items quoted above. The details and the terms of the arrangement and the numbers of aircraft deployed to Hamadan have not been disclosed.
The Russian TU-22 bombers have been flying in formations of six aircraft. Presumably at least six are at Hamadan. The bombing raids on the 16th are the fourth mission by Tu-22s in the past two weeks.
Hamadan is the location of Shahrokhi air base, which hosts F-4 Phantoms and Chinese F-7 fighter trainers. The Iranian air force has a variety of Soviet-built aircraft, including MiG-29s and Su-24s at other bases, as well as US-made F-14s.
This announcement is the second official statement that indicates Russian leaders have concluded that the Syrian security situation requires significant additional air power, beyond the air group at Hmeimim, Syria. That conclusion was first indicated by the announcement last week that Hmeimim will be expanded and become a Russian air base.
By way of explanation, the Russian and the Iranian press statements stressed the reduced distance to the targets, the lower operating costs and the heavier payloads that the aircraft can take. They might also have commented on the shorter turnaround time and the increased numbers of missions that can be flown from Hamadan.
It is significant that the Iraqi government also was informed about and concurred in the new arrangement. Overflight of Iraq and access to its facilities in an emergency are essential. Open source information suggests the Iraqis did not consult with the US about the Russian arrangements. The Russians have been busy in making these arrangements.

The deployment to Hamadan is significant, but it looks like a temporary expedient until the expansion of Hmeimim (in Syria) is completed.

The most important missing information is the terms. This arrangement appears connected to the completion of Russian arms sales to Iran, but what the Iranians received for agreeing to the Russian bomber deployment is not known.
The Russian objectives in this arrangement are also not clear. For example, it is unknown whether the Russians have concluded that increased air support is needed by the Syrian army and its allies because they are faltering. Alternatively, the increased air support could be needed because the Russians intend to break the stalemate in the security situation and judge that a heavier air campaign can accomplish that. I think that its clear that the Russians intend to break the stalemate.
Russian and Iranian strategic interests in general are not congruent. This arrangement appears to be a matter of convenience, but it is extraordinary nonetheless. Russia and Iran have made a statement that they will work together to maintain the Asad government in power; that the Syrian rebels and terrorists will not be allowed to win a military victory and that Western and Saudi policy goals are not achievable in Syria.
The deployment cements a coalition arrangement for the duration of this crisis. If the Russians and Iranians can apply sufficient military power to break the back of the Syrian opposition and end the civil war, they could dictate the terms of peace in Syria and strongly influence security conditions in the Middle East.

Iran has significantly raised the stakes in any future confrontation with the Saudis and the other Arab states. They need protection from somebody until they get their own nuclear striking force, and then the Iranians have vowed to strike Israel and leave it a giant hole in the desert. The Russians are now their big brother.


Barack is on vacation at Martha’s Vineyard, golfing.

And the mainstream media is feeding you total bull-shit.

It’s the hope and change that we have come to expect. It’s all very progressive.