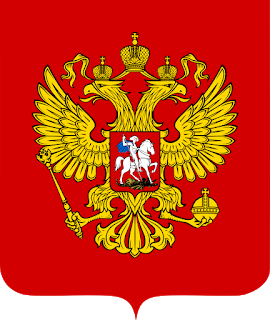 Facebook
Twitter
Pinterest
WhatsApp
I wasn’t going to write much about COVID-19, the Chinese Plague (yes, I will continue to call it that) anymore, primarily because it’s being pounded on all mainstream media, where they blame President Trump, social media, blogs, etc. We all see what’s going on and we are all making up our own minds about the situation.  My hope for you all is to be well.
However, before I go gentle into that good night on this topic, I wanted to share the experience of a friend of mine who lives in Italy. He’s a good friend, like a brother, and he, his wife and his baby girl have COVID-19. He’s about 45 years old, lives in Northern Italy and has lived there for about four years. He is originally from Chicago. He said that the numbers of people infected are vastly UNDER reported in Italy primarily because everyone has it and there is no way for the government to count them given the situation. For him, his wife and his daughter, who is a toddler, he said that the symptoms were much like the flu. Miserable but not dead.
The situation in Italy in the larger sense is different and since the hospitals are at capacity, people who are very ill are forced to treat themselves at home and some people he knows in his neighborhood have died for want of advanced care. They are people who have lung diseases primarily, heavy smokers, etc. Not necessarily old, just unhealthy in that way. Some of my friends (you know who you are) who read this blog also smoke. It’s a risk factor.
The Italian martial law decree is being strictly enforced. If you want to leave your home, you must request permission by e-mail and receive a pass. The pass allows you to travel from home to the market, or wherever for a specific period of time. He said that people who go outside of the strict pass guidelines on travel are arrested, fined and are placed in jail for 90 days. In his area/larger neighborhood, over 700 people have been placed into custody for violating the pass restrictions. The jails are overflowing (and the people in jail are all sick) and they’re re-thinking the jail rule.
I’m not recommending to you the Italian response, just reporting on it.

Russia is in panic mode regarding the Chinese Plague, which, strangely enough, they refer to as “The Chinese Plague”. Their population consists of many heavy smokers, tuberculosis is endemic in Russia and their healthcare system is rudimentary by Western Standards outside of Moscow, St, Petersburg and some urban centers.
The Russian leadership is concerned that if COVID-19 gets loose among the population, that they’ll suffer catastrophic loss. It’s not just the economic loss, but the population loss. For those of you who understand what is happening in Russia, Great Russians have been incentivized to have children. They have an aging population in much the same way as most countries, and loss of population is considered to be a matter of national security and possibly national survival.

We should watch how Russia responds, and to what happens there. At the moment, there’s a news blackout of sorts. The Russians aren’t saying much. They locked down the border with China early in the Pandemic, but they did this after opening business with the Chinese in a big way. There was a lot of travel between China and Russia over the past six months.

As of today, March 16, the number of coronavirus infections in Russia rose to 93, a 47% increase from the previous day, the state-run TASS news agency reported, citing Deputy Prime Minister Tatiana Golikova. That’s not a lot of infections, but Russia isn’t testing intensively (yet, but that’s changing) and we know that the number of infections increases geometrically (Italy). The Russians implemented essentially the same guidelines as the US has to try and halt the spread of the virus.