Spies, Straws and So Forth 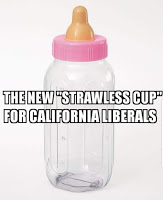 I haven’t heard much outrage from Californians, that their favorite daughter, Senator Dianne Feinstein (D-CA) employed a Chinese spy to drive her around for twenty years. The fact that the spy reported back her every thought may have been worse for the Chinese than it was for the USA, though. I wonder if Nancy Pelosi would consider employing Chinese spies to haul her from place to place and listen in on her phone calls?
Don’t you find it strange that there is no call for s special counsel to investigate Senator Feinstein’s lax behavior that led to espionage, and compromise of almost EVERYTHING she worked on during her career in the US Senate? It sounds a lot like Chinese collusion to me.
Turkey’s Dilemma
It would be easy for Turkey to re-join the family of civilized nations – dump Sultan Erdogan. Return to the doctrines of Kamal Ataturk.  America dumped Barack Obama and Crooked Hillary Clinton and elected President Trump to Make America Great Again. It’s not that tough, Turkey. You just need to do it.