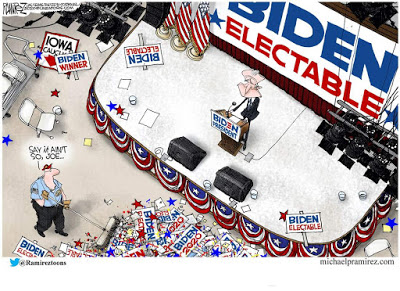 Facebook
Twitter
Pinterest
WhatsApp
When I watch the Biden rallies in New Hampshire, I can’t help but contrast them to the political rallies that President Trump has. Biden manages fifty or sixty people, among whom are union members (paid to be there) carrying signs showing that they represent firefighters or SEIU.

President Trump’s rallies fill stadiums with adoring voters with thousands of people who couldn’t be stuffed in, watching the program on large screen televisions.  And yet the pollsters predict that in a head to head match up, Biden would beat President Trump. It sounds like wishful thinking on the part of progressives. 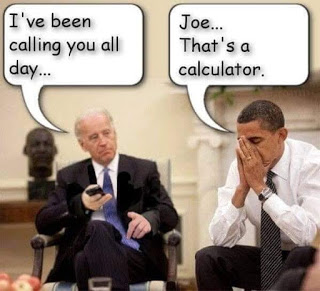 And Creepy, corrupt, senile old Slow Joe Biden is now predicting that he will do better in New Hampshire than predicted. “He’s surging,” his campaign staff are confidently telling the sleezy, sly, smug, lying mainstream media reporters. “The Butt Guy isn’t taking all of his support,” the staffers assure the talking heads on CNN. They remind CNN that the Butt Guy, mayor of a mid-size Indiana town, couldn’t win a statewide race in Indiana. “There’s no way he can beat the twenty time senator from Delaware and twice Vice President of the United States.”
Yet I watch those staffers wince when Slow Joe calls women who show up at his rallies, “lying dog face pony soldiers,” when they ask questions that he doesn’t want to answer. Nobody really knows where Slow Joe (no Malarky) came up with that, but it plays well on Fox News. 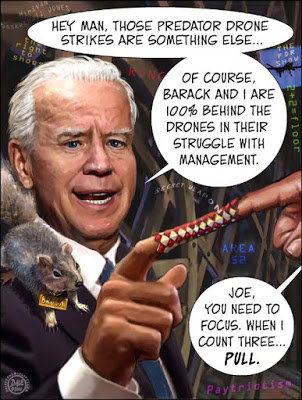 “We’ll be there at the convention,” Joe assures his small band of supporters, as his money has all but dried up.
The problem with Joe is that it may not be mere senility that we see. He’s consistent in saying weird, off-the-cuff things. His political career had all but ended after two failed runs at the Presidency when Barack scooped him up out of Delaware to be the vice president.
Many considered Biden to be Obama’s hedge against assassination. Who would kill Barack if Slow Joe was designated to take his place? Thus Biden, the court jester had value to Obama.
And Barack didn’t endorse Joe to be president, likely because of eight long years having to put up with him. It’s tough to blame Barack for his decision.
So here’s Biden, striving to tie Amy (Amy Who?) Klobuchar in the Democrat primaries.
There are others who are happy to see Biden spending Democrat donor money in his failed bid. It means that there’s less available for the communists who oppose him. 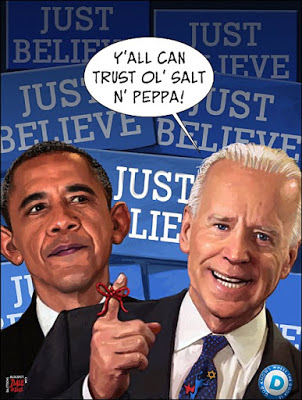