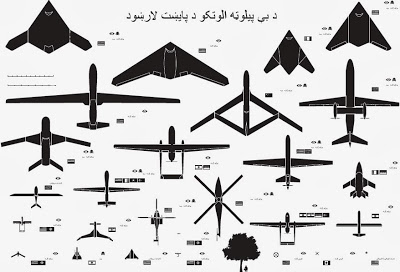 The FAA projects some 7,500 commercial drones could be aloft within five years of getting widespread access to the skies above America.

(Fox News) Despite concern about government surveillance dominating the headlines this year, those behind the successful bids ended 2013 cheering over the possibility of a new commercial drone industry…

Whether or not you love the concept of unmanned aircraft, they are the future of military aviation because systems are simply too robust for a human to survive in them. It’s nothing new. Military planners have seen it coming for the past forty years. The newer application of surveillance aircraft flown over the US for various reasons (monitoring the health of crops, to see whether or not you’ve cut your lawn, etc) disturbs many people. However the unmanned aerial vehicle business is projected by most business leaders and forecasters to be a $90 billion dollar a year industry.

There is a difference between unmanned aerial vehicles used for commercial applications and those used for government applications – but the difference is primarily in the owner, not in the technology.

The Rise of the Drones – 53 minute video. If you’re going to watch it, you might want to make some popcorn to munch on while you’re viewing.

How the enemy identifies UAV’s

However, it’s not just large government aircraft – there is also the toy/hobby Unmanned Small Aerial Vehicle market, and that’s growing. The difference between the toy helicopter you buy at the mall for $30 and much larger systems all operate on the same principle. It’s a lot like the difference between your family passenger car and a military vehicle.
And a word HERE on what may be missing from the list (large aircraft).