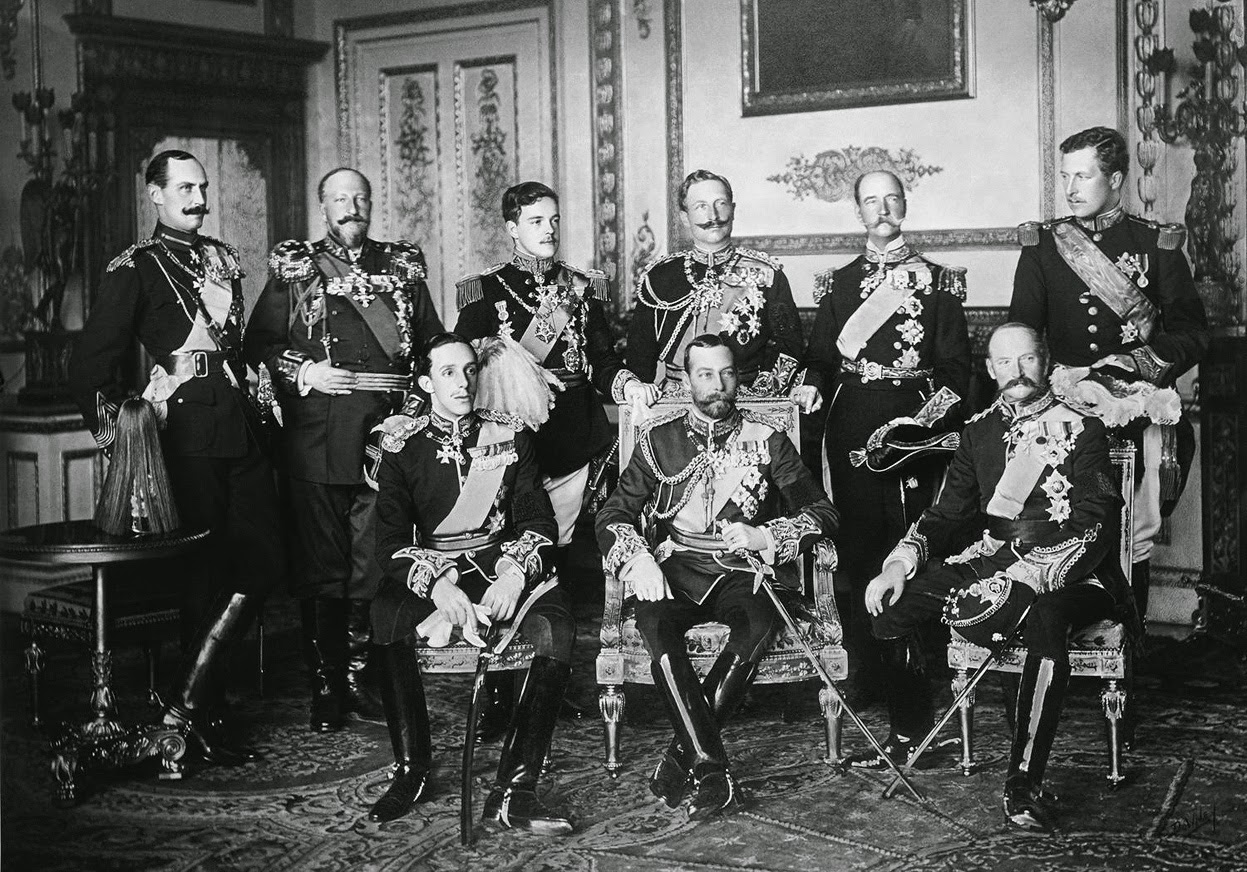 On 12 August 1914 Austria invaded Serbia. They almost immediately grappled with and fought the Serbian Army at the battles of Cer and Kolubara. Over the next two weeks, Austrian attacks were repeatedly thrown back with heavy losses, which marked the first major Allied victories of the First World War and dashed Austro-Hungarian hopes of a swift victory.

This morning brought a day that would be filled with grim irony and empty gestures, but that isn’t the way last night ended.

Yesterday Miss Steinberg, the Ambassador’s correspondence secretary brought me word of a meeting that I was to attend. She has very tender nerves from a lifetime of insignificant field work and I felt her to be completely unsuitable for delivering secret messages, which is why the Office recalled her to the Embassy. Miss Steinberg, prone to hysteria over small matters, somehow survived working for the British Secret Service long enough to be eligible for a pension. One should not be too surprised, we British always cherish the eccentric.

I sat in my office on the second floor of His Majesty’s Consulate in Saltzburg, chatting with Colin Ramsey, the third cultural attache, who as you know, is not a spy. He’s precisely what his title suggests. As a large, heavy, convivial man in his mid-sixties, Colin made the most of what he had left, styling his thick white hair into a pompadour and wearing suits cut locally, remaining painfully within his means. You met him once, I think. Remember him from the Press Club? He always smells of bay rum and cigars. He has burned a secret flame for Miss Steinberg for years. She can’t abide him. He fantasizes about her cheap perfume, imagining filthy nights of love making and has confessed his love publicly in the past. It revolts the Ambassador’s correspondence secretary, as well as the rest of us since he shares his feelings regularly with the staff now that he’s apparently reaching his dotage.

When she entered my office without knocking, Colin stood, the soul of chivalry, and she looked at him over her half moon reading glasses in the same way as a librarian would if you spoke out of turn. She’d lost weight since I last saw her. Thin as a rail with caved in shoulders and a mouth that had that puckered look that you can get from eating too many persimmons. When she saw me, a warm light radiated over her face and the stress lines softened even if only slightly. When she looked back at Colin, the light turned back to ice.

After Colin excused himself and he’d pulled the door closed behind him, she spoke. “You’ve been gone a long time, sir.”

She should have known better because a cue such as that one, inviting discussion about what one did or where one went was simply not done. Catching herself, she continued, “Carl, the Ambassador wants you to meet with that awful man, Otto, tonight.” She reached out and touched my hand softly, much as one would reach out to caress a cat, which shouldn’t be strange to you since you know that if Miss Stinberg loves anything on Earth, it is those damned Angora cats that she keeps cooped up in her flat.

The meeting required an evening stroll. Instinct required that I carry an umbrella. Local expedience required that I not. It simply looks far too British. Therefore, dressed in local kit I set off. Local kit is a gray London suit, Homburg and no spats for the shoes. Every kiosk had recruiting posters pasted to them. The government decided to levy the population to make up for losses at the front. There is nothing quite like profound defeat to throw a wet blanket on recruiting efforts. I didn’t endure sideways glances from people. I’m too far past my prime to camp comfortably with an army. I did that during the  Anglo-Zanzibar war, installing a pro-British Sultan and then during Anglo-Boer War and didn’t like it much in either instance, which is why I joined the political service as a spy. Diplomatic cover offers a better grade of bed linen, better meals, and prettier female companionship.
I had to walk past a small legion of prostitutes to get to the restaurant where Otto proposed the meeting that cycled through the Ambassador and down to me. The length of the war could be effectively measured by the length of their natural colored hair, tipped by a few inches of blonde. As soon as hostilities broke out, all of the peroxide had been diverted to the effort. 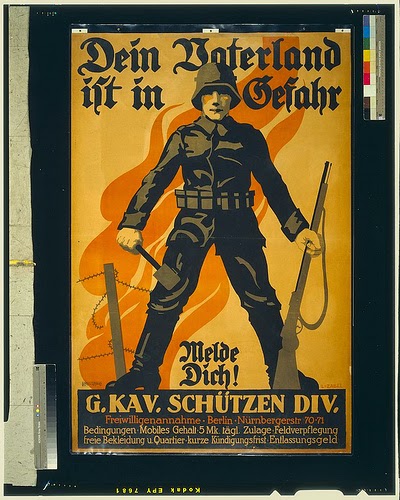 The newspapers in Saltzburg still rested on their stands as the sun set. Nobody wanted to read about casualties at the front. It struck home too directly. Telegrams informing families of their personal loss had been delivered and the front lines had turned from costly frontal attacks to a static defense as Austria reeled with the news that the Serbs thumped them again and again. It made we British less than popular in all the right social circles since as you know, we are allied with the Serbs.
I met the contact in a seedy part of town, which is hard to find in Saltzburg. He called himself Otto, but I don’t think that is the name he was born with. As you know, I call myself Carl these days, but it’s not my birth name either. Fair is fair.

Otto looked very much the way you’d expect the tuba player in a Polish oompa band to look. He was muscle gone to flab, mid-way between 5 and 6 feet, and dressed like a salesman who is down on his luck. It made perfect sense because until hostilities broke out and war profiteering brought the promise of economic resurrection, he’d been a failed salesman. Things changed when the Serbian scoundrel shot Arch Duke Ferdinand.

Otto wore a tweed sports coat, American import polyester tie with a hand painted hula girl on it, trousers tucked along the bottom of his portly belly and run down heels on unpolished shoes. He’d greased down a few strands of dirty blonde hair over his bald pate. His woman wasn’t unlike Otto. She had the unfortunate genes that destined her to a life of obesity. Either that or she couldn’t take the fork out of her mouth. Whatever the cause, fat jiggled east, west and south when she walked north. Maybe one day she had pretty eyes. Now they squinted to see through a puffy face that topped three chins.

“Carl, you came. I knew that you would, you Alsatian bastard.” Otto greeted me grandly with a sweaty hug. The restaurateur apparently didn’t know that there was a war because he burned coal in the big stove in the back of the place as if there was no end to it. I had to take my coat off, and it revealed a brace of American made Colt .32-20 revolvers. It wasn’t one of those restaurants where anyone took notice of them. “I’m surprised that you weren’t delayed by the women of the town.”
“Whores don’t appeal to me,” I replied. “A woman’s passion is the greatest aphrodisiac.”
“Of course,” Otto said, taking note of his wife’s beefy scowl. The scowl faded as she shoved a whole bratwurst into her maw. “As you know, I feel just the same as you. Help yourself to bratwurst, sauerkraut and beer.” He shouted to the waiter, “more bread for the table and for my friend the count.”

I am not a count, though others used that title when referring to me in the past. Otto liked to use it to improve the service. Otto also thought that I came from Alsace Lorraine, and did not suspect that my parents birthed be in London. That he understood that I enjoyed some sort of tacit relationship with the British should be understood at this point in the narrative.

I forked a sausage and sauerkraut onto my plate. The waiter brought a large stein of beer. Otto leaned across the planked table conspiratorially, “And what do you think of the woman?”

Now would be a good time to fill you in on the whole matter since England favors Serbia and Germany favors Austria-Hungary. King George, Kaiser Wilhelm and the Czar of Russia are all family, but as with many families, they are not on the best of terms.

King Petar I, monarch of Serbia is not well and has backed off many decisions of state, fairing his son Prince Aleksander Karađorđević. All well and proper, but for the issue of royal children fathered out of wedlock. King Petar’s oldest child a daughter, had been born one year before Prince Aleksander, and though tacitly acknowledged by her father, the king, who loved her, she steadfastly refused to leave Saltzburg, which is why they sent me to town. The Serbians wanted her repatriated to Yugoslavia with or without her consent and they reached out to an ally to accomplish the deed.

It always rolls downhill onto somebody. In this case, it’s me, which is why I watched Otto’s uncomfortably obese wife stuff brat after brat into the gash in her fat face that passed for a mouth. Otto was one of the few people who knew where King Petar’s issue, Maria Petra lived at the moment.