Is Texas Winning the War on the Weather? 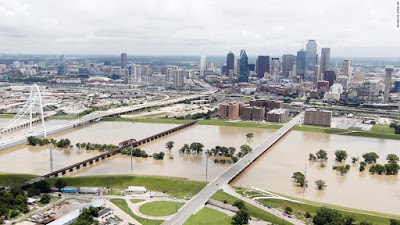 Facebook
Twitter
Pinterest
WhatsApp
Barack and others have posited that the US Military must have Global Warming as its primary mission. Since control of the weather has become Job One in the US, Texas, which enjoys a semi-arid climate during most years, has become inundated with rain. Nowhere is this more apparent than in Houston.
Local residents are urging President Obama, who is presently vacationing at the site where the US dropped an atomic bomb in Japan, to return and declare the war on the weather in Texas – over and won. The problem with that is that Houston-Bush Airport has had its runway closed intermittently due to flooding. 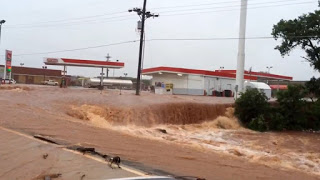 Has the US Military gone too far?
Lone Star Parson says that it has not and the vast sheeting rain has been very good for striped bass action in the local lakes. He is calling for more rain (and may be asking for the Almighty to intervene) and a better bite on plugs and spoons (crank-bait).
Will Houston go underwater so that the Lone Star Parson can catch more fish? Some people have voiced that concern.
At the same time, Houston city fathers have declared Memorial Day a day of celebration as Houston takes its place with Venice, Italy as a town where you need to get around through the use of water taxis and gondolas. They’re convinced that the metamorphosis will eventually be good for business.