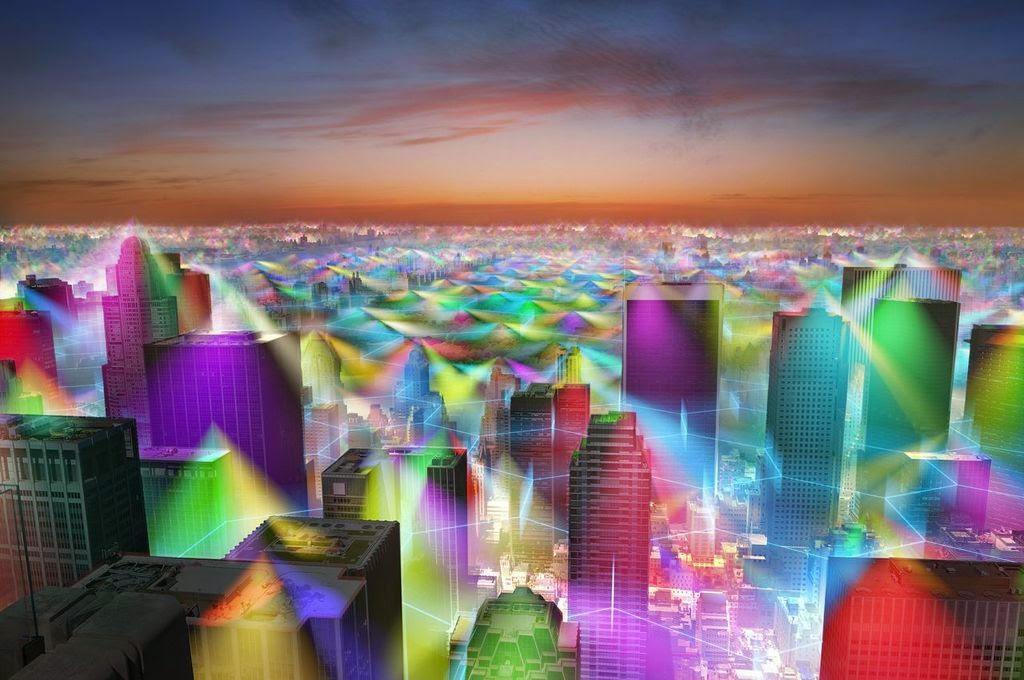 Facebook
Twitter
Pinterest
WhatsApp
Many people are surprised when they discover that less than 1 percent of the electromagnetic spectrum is visible to the human eye. Think about that for a moment. Take the rainbow for example, the existence of the rainbow depends on the conical photoreceptors in your eyes; to animals without cones, the rainbow does not exist. If they can’t conceive the idea of one in their head, does it mean that rainbows don’t exist? We can’t see most forms of radiation and radiation emanates from many forms of technology.

Then again, we use them and they work, so we believe in them. It’s just an interesting twist on faith and the concept of “what’s real”?


Once you crack the books on quantum mechanics, things get much weirder. It’s almost as if we are living in “The Matrix”.