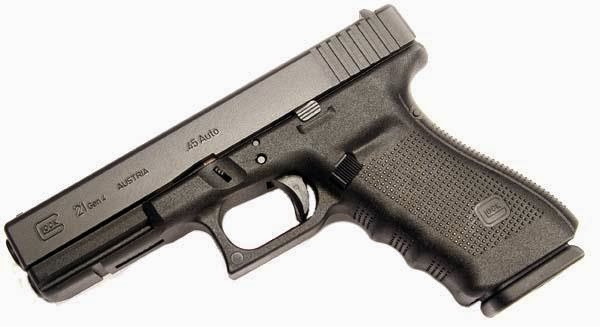 In the world of liberals, advice to would be rape victims is that women need to try to induce vomiting or to urinate to ruin the rapist’s mood. Conservatives suggest that the woman pull her Glock and make him barf and piss himself. Different strokes.

___________
No weathered carpet or piece of driftwood in the background. No random ammunition lay-out designed by a set expert. Just 14 rounds of Hornady .45 ACP+P+ in an old first generation Glock 21, first purchased in the late 1980’s (with 10K+ rounds through it).
The backdrop is not fancy. It’s just the living room floor. 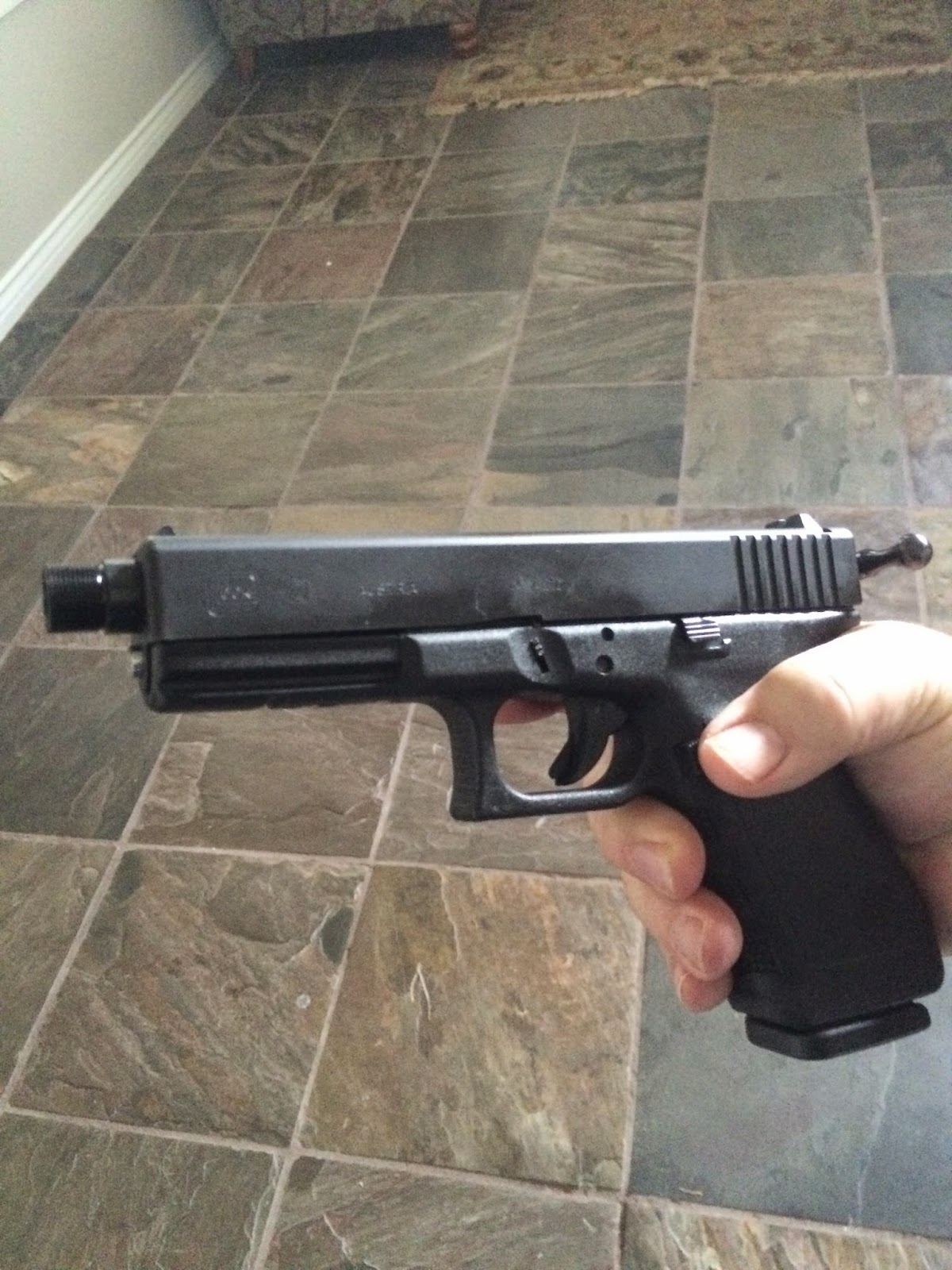 There are some mods you can see and some that you can’t. The guide rod is titanium and the recoil spring is very taunt, which makes for very slick cycling and very light recoil when firing +P+ ammunition. Some people prefer calibers other than .45 ACP for handguns. I say let the tool fit the job and leave it at that. 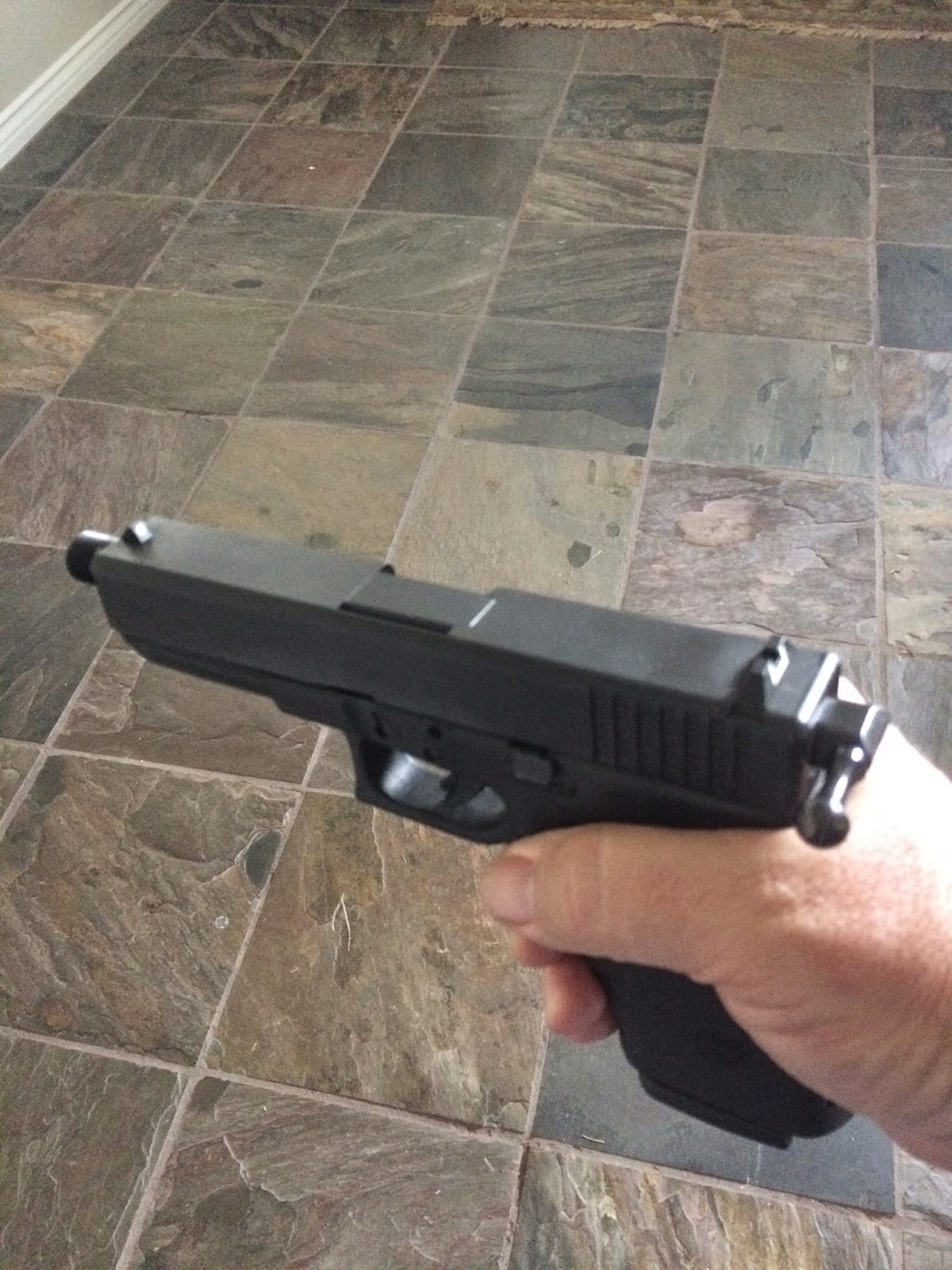 The handle located on the rear of the slide allows the operator to clear a jam or operate the slide with one hand if the other one is occupied or injured. You can hook the handle onto a belt, onto a door, fence post, etc. to operate the slide. The non-standard barrel is one inch longer than OEM and is just for looks… Yes it’s threaded, but that’s stylish.
As with a woman (because it’s YouPorn), there is no safety catch on a Glock handgun. You have to show self restraint at times and at other times it’s double tap and a failure drill…