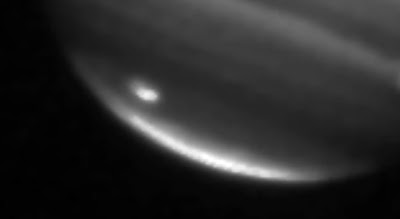 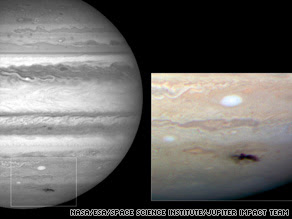 The scar on the planet, Jupiter, is about the same size as the planet, Earth. Something smacked into the gas giant and left its mark. Nasa guesses that the object that struck Jupiter was between 50 and 100 miles across. If it struck Earth, it would turn the planet into gravel. Scientists believe that the gas giants with their massive gravity act as a shield of sorts for the inner solar system. Comets and asteroids that would auger into us are often swept into the orbits of the big planets.

The appearance of the scar is changing as Jupiter’s fast-moving atmosphere fills the hole left by the impact.