Tales from the White Wolf Mine

Captioned Photo: Turkey 5 Livres banknote (obverse), 1926. I collect old banknotes. It’s been a hobby for many years. My collection specializes in French Indochina, primarily because of the beauty of the banknotes (for the most part).  This Turkish banknote was interesting because there is a wolf pictured, rare in banknotes. And because this blog post concerns the White Wolf Mine in part.

Meanwhile, at the White Wolf Mine

There are big horns in the area but I don’t see them all that often. There is a canyon to the east and I think that they came up through there from the Clear Creek Gorge,  to hang out. You can see that the forest floor is dry – waiting for the monsoon, maybe still a month off.

LSP recently accused me of having a bust of Dzerhinsky on my desk in a comment that he made. It’s not on my desk, it’s in the book case in my den. I have more than a few war trophies in the den. The bust of Iron Felix is only one of them. 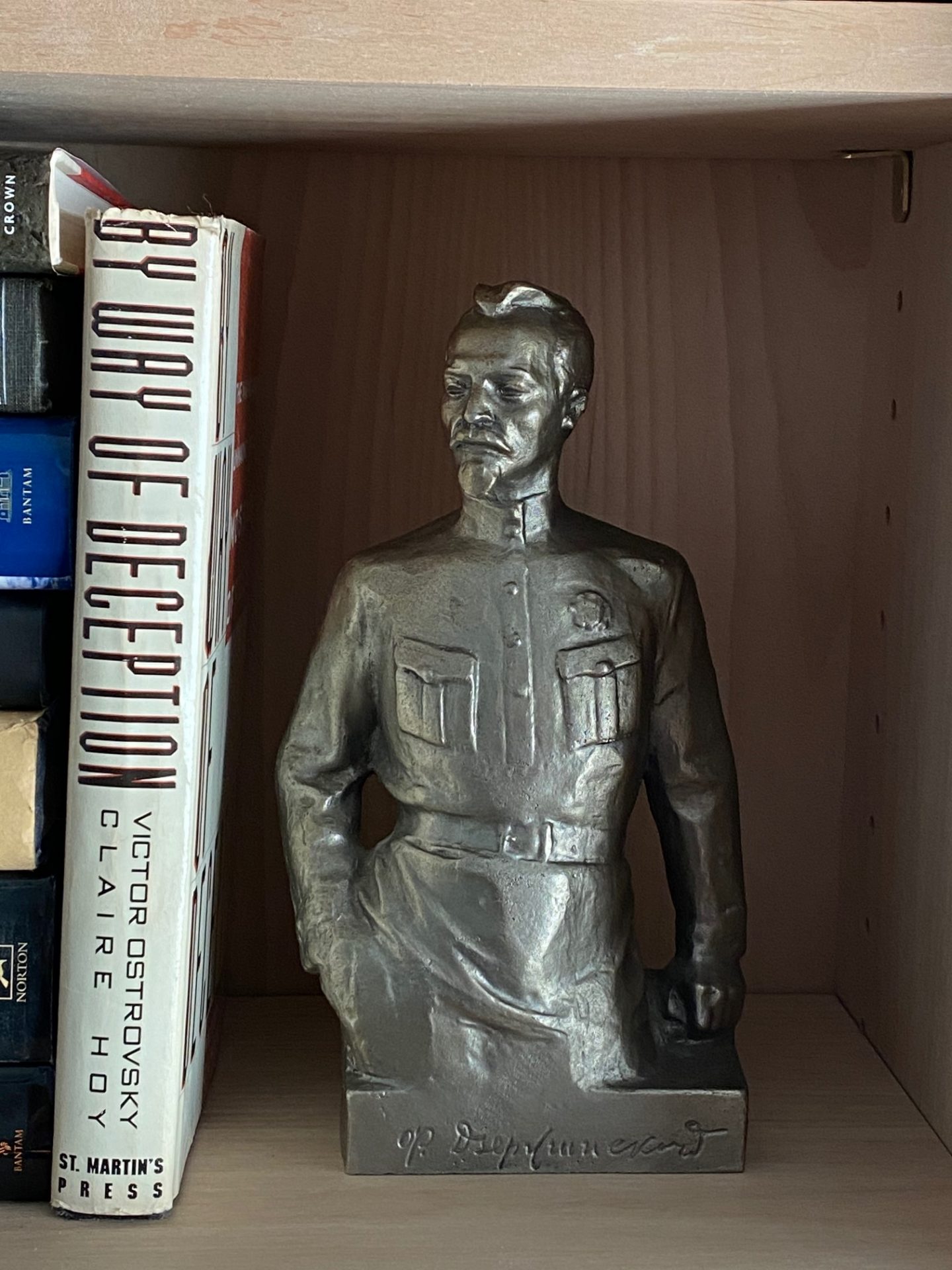 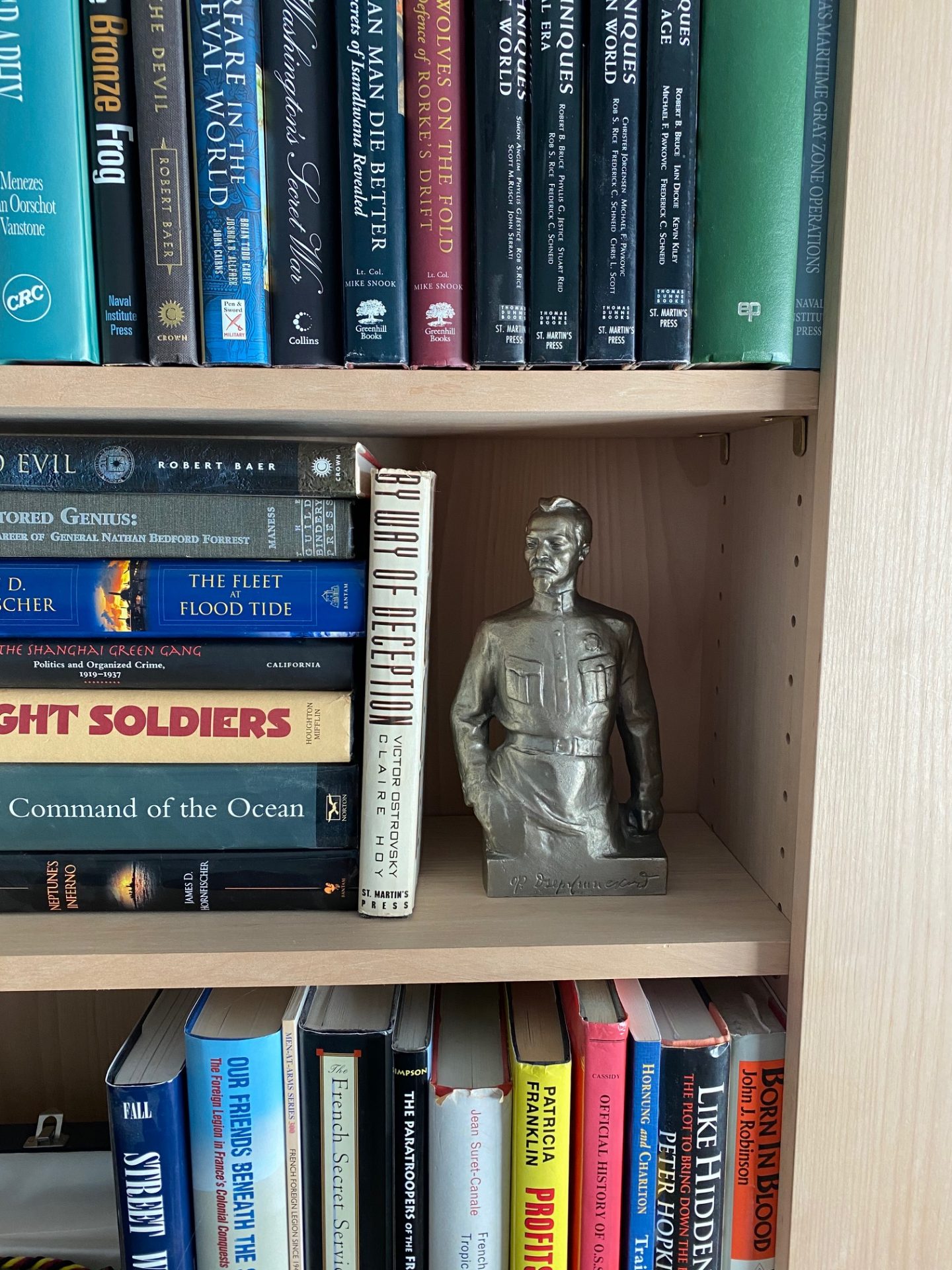 It used to rest on the desk of William L. Cassidy, Chief of Staff to Hon. Oscar (Mouthpiece of the Mob) Goodman, Mayor of Las Vegas. Cassidy gave it to me as sort of a war trophy. I accepted it in the spirit in which it was given. Victor Ostrovsky (Mossad traitor) gave me his book, By Way of Deception when I met him in Montreal, and he autographed it. And there are significant back stories to these innocuous objects. 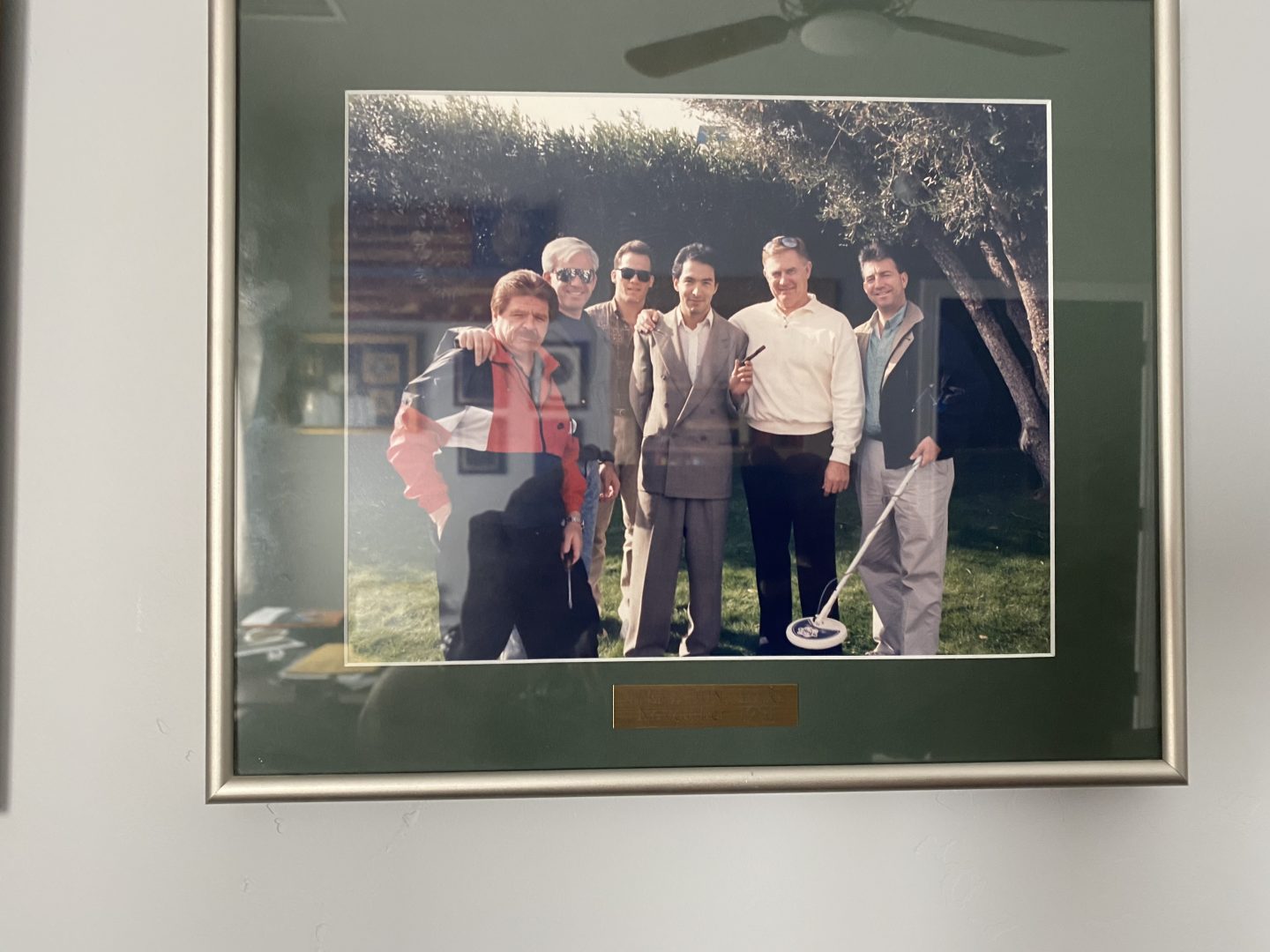 Not unlike this photo (LL second from left) taken on the lawn of the Tropicana Hotel, Las Vegas. It was a murder-for-hire case and the guy in the middle was the hit man. He’s holding the .45 barrel that we dug up in the lawn, located with the aid of a metal detector. The hand behind him is handcuffed.

Explaining the Left (part three) will go live on the blog at noon, PST, while I’m out fishing at Clear Creek.

Check this out – Weapons of Waterloo – Rifles and Muskets that fired on Napoleon (Sean Bean) More on Waterloo here.

“The Truth is like a lion; you don’t have to defend it. 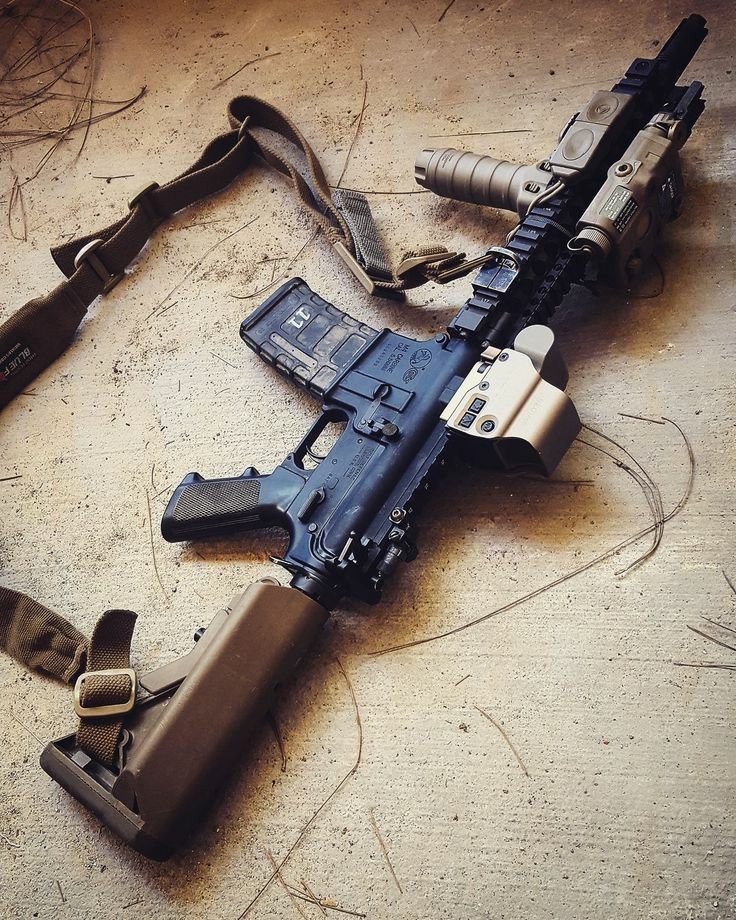 Let it loose and it will defend itself.”

An important meme for you to consider 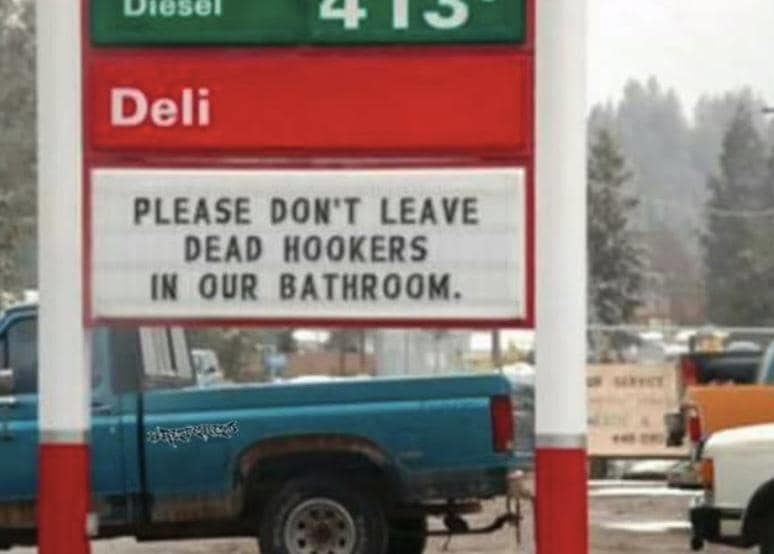