Saudi – Breach with the US 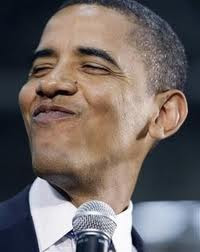 Facebook
Twitter
Pinterest
WhatsApp
Barack Obama has spent four and a half years showing Fahd’s successor, King Abdullah, that he is not serious or clear-minded or competent when it comes to the Middle East and its many threats. Now the Saudis are redefining their relationship with the US because we are an “unreliable ally”.

President Barack Obama made news when he bowed to Saudi King Abdullah. That was when he had the whole magic Muslim thing going on an hope and change was in the air. Today, the Obama Administration’s policy dances across the board, wrapped by red lines and insincerity, driven by the latest domestic polling. Saudi Arabia is making a move to distance itself from the United States, and it represents a tectonic shift in the Middle East.

Saudi Arabia’s intelligence chief Prince Bandar bin Sultan told European diplomats the kingdom will make a “major shift” in its relations with the United States, according to an unidentified source close to Saudi policy on 22 October.

Prince Bandar said the US had failed to act effectively on the Syria crisis and the Israeli-Palestinian conflict, was growing closer to Tehran, and had failed to back Saudi support for Bahrain when it crushed an anti-government revolt in 2011.

Prince Bandar also that he plans to limit interaction with the US. “Relations with the US have been deteriorating for a while, as Saudi feels that the U.S. is growing closer with Iran and the U.S. also failed to support Saudi during the Bahrain uprising,” according to the source. Bandar reportedly said there would be no further coordination with the United States over the fighting in Syria.

Saudi Arabia refused a seat on the UN Security Council recently as a rotating member, which is shocking but it happened. In announcing this action, the Saudi attitudes towards the US resemble the Iranian hardline clerics who said this week that if the US is encouraged by Iranian diplomacy then the diplomacy is wrong.

Saudi Arabian leaders have been quietly but sternly critical of multiple recent US actions in the Middle East, especially the installation of a Shiite-led government in Baghdad through elections.  The Obama policy setback spotlights that Saudi and US interests are not congruent on the four or five top issues driving instability in the Middle East. In addition, the leaders define the end states of current initiatives differently.
This is particularly true with respect to Iran’s nuclear program in that the US is relaxing its longstanding policy position that Iran must halt uranium enrichment. The US appears to be moving to a containment strategy, which it has rejected consistently and as recently as last summer. President Ruhani’s election and change of style not substance marks the turning point.

With respect to Syria, Saudi officials see similar backsliding in the US agreement with Russia to eliminate Syria’s chemical weapons. Although the US Secretary of State insists President Asad must go, the agreement absolutely depends on the continuation of the Baathist government in Damascus. The US treats Syrian issues as separate from Iranian nuclear issues. The Saudis perceive them as inseparable.

The Benghazi Scandal, the botched hope and change of the Arab Spring can be fairly split between Obama and Secretary of State Clinton, but the Syrian mess (Russian coming-back party) and now the serious split with Saudi Arabia are Obama’s own debacle. I’m sure that he will find somebody to blame, but the legacy failure is something that he will end up owning because history tends to do that.