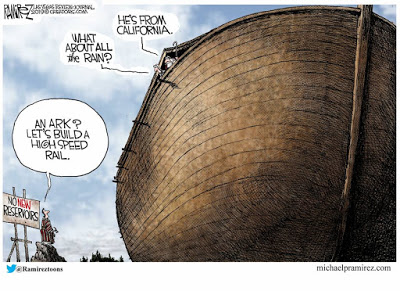 California experienced unprecedented snow and rain as a result of global cooling. What happened to all of that water …in a state where they are CONTINUALLY howling about a lack of water? Why almost all of it washed into the Pacific ocean, because they are not building reservoirs? (The bullet train to nowhere had a lot more kick backs associated with it than a dam.) Because there is always a snail, or a chub fish, or a rodent, or an insect in the construction zone that might not be able to get out of the way of the bulldozers. It’s fine if you are ok with being thirsty, but please don’t whine, California. Nobody takes the state seriously anyway.

Sure, there’s a good possibility that we’re entering an ice age. When it ends, and the ice melts and all those wind turbines are revealed, what will people in 2219 think? (h/t Woodsterman) 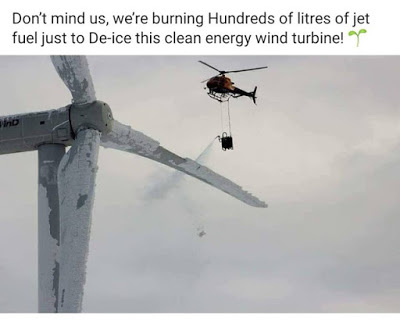 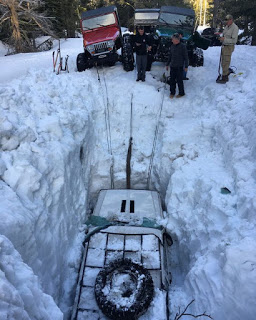 Then there is the inevitable problem of getting your 4×4 trapped in the ice during the ice age. We will be looking back fondly to the years of global warming… those years when you didn’t have to dig down 12′ to find your ride after the snow storm.
20,000 years ago, what is now Boston was under 1,250 meters of ice. Could it happen again? Sure, why not?
Stay warm, my friends.
Should you be burning wood to help offset the onset of the ice age? It would seem to be a prudent move. In fact cutting down ALL trees would reduce CO2 according to key Democrats because trees give off CO2 at night. They only make O2 during the daytime. Trees are treacherous and put out more CO2 than cows. Save the cows/steaks/milk/butter, eliminate trees. 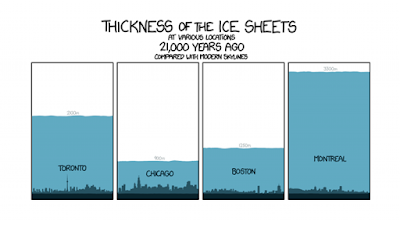 The Republicans (RINOs) who voted against President Trump did so because they thought that Congress should decide how money is spent, and not the president, by taking executive action. Oh, how sweet the anti-Trump Republicans are. Congress hasn’t dealt with immigration, or the border wall or much of anything lately. President Trump felt forced to act to secure the border even if it took an emergency declaration, which freed up money.

The Senate passed a resolution Thursday to overturn President Trump’s declaration of a national emergency at the U.S.-Mexico border, with 12 Republicans joining all the Democrats to deliver a rare bipartisan rebuke of the president.

The disapproval resolution passed the House last month, so the 59-to-41 Senate vote will send the measure to the president’s desk. Trump intends to use the first veto of his presidency to strike it down, and Congress does not have the votes to override the veto.

Bless their little black hearts. Congress can’t seem to figure out how to pour pee out of a boot, and they rebuke the President?
What is Kale good for? 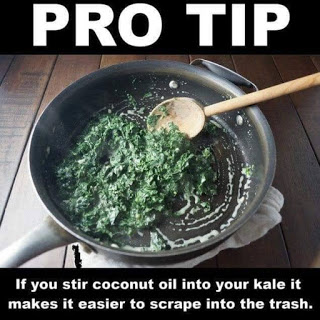