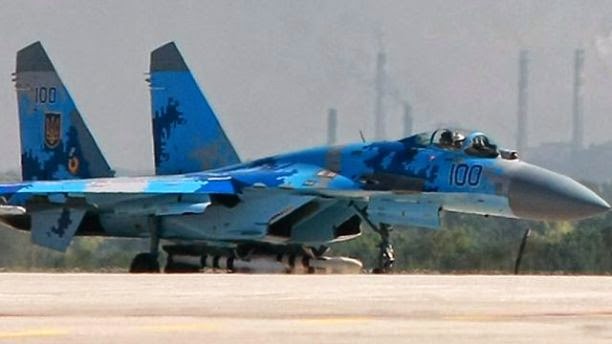 What does that tell us? It suggests that the system not only works against slow flying commercial aviation lumbering along at 400 knots at 35K ft along a flight plan route, but they’ll also shoot down one of the better Russian made front line fighters. Does the SU-27 look a bit like a US made F-15 to you?
The Buk M2 won’t work well on stealth aircraft, but the Russians are hopeful that will be solved with the introduction of their Buk M3. Either system requires an initial radar lock to launch. 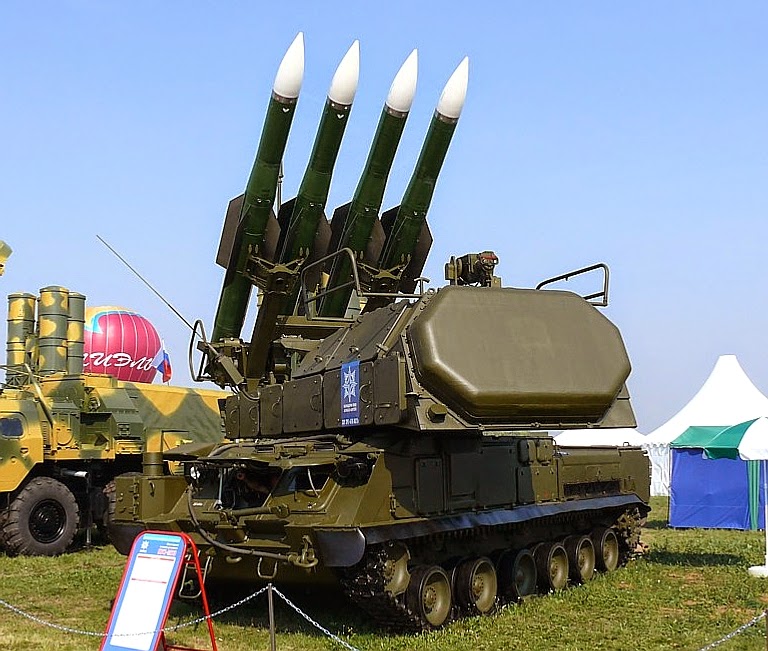 The Buk M2e (pictured here) mounts an impressive phased array radar tracking system. (NIIP 9S36 Passive ESA Engagement Radar) This makes it very difficult to launch an anti-radiation missile preemptively at the Buk M2 before it can get its shots off.
Then again, if you’re shooting down unarmed civilian airliners, you need not fear any retaliation in the form of a HARM (AGM-88E) riding your own radar beam down to your location.
These missile systems are in play in Ukraine as Russia, which claims not to be arming their fifth column army, is moving ahead with their military annexation of Eastern Ukraine. Didn’t President Obama draw a red line somewhere over there?