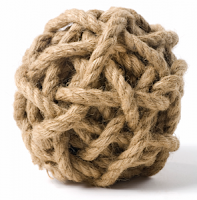 Facebook
Twitter
Pinterest
WhatsApp
I saw an interview of  Senator Mike Lee (R-UT) – Romney/Pierre Delicto Lite – on the news wherein he expressed outrage that the key briefers in regard Iran didn’t want to debate with the US Senate as part of their briefing. (more here from Fox News)

“I want to state at the outset: I support President Trump,” Lee began, telling reporters that he appreciated the administration’s efforts to keep the U.S. out of war. “The briefing lasted only 75 minutes, whereupon our briefers left. This, however, is not the biggest problem I have with the briefing, which I would add was probably the worst briefing I’ve seen at least on a military issue in the nine years I’ve served in the United States Senate.”

The briefers included Vice President Pence, SECSTATE Pompeo, DCI Haspert, and DNI Joseph Maguire. The briefing was classified, but many present in the room, your elected representatives, were known traitors, who would immediately leak anything they heard to America’s enemies. (Rep. Ilhan Omar D-Teheran said she has PTSD from the briefing) Thus, the briefers shared generalities, and when called upon by members of the legislature to offer opinions, they declined.
This is emblematic of other changes being made at the White House to tighten things up. You can read more about that here in an article by Bill Gertz of the Washington Times. NSC chief slashing Obama’s ‘bloated’ staff to create efficient, tight-lipped White House operation
President Trump is downsizing the National Security Council, eliminating the Obama appointees. 43 NSC staff officials returned to their home agencies as part of the first cut. The NSC draws its membership from the US military, intelligence agencies, the State Department, Treasury Department, law enforcement, etc. So they’re not fired, just sent back.

“Under President Obama, the NSC staff mushroomed to as many as 450 people. Mr. O’Brien plans to cut the staff to fewer than 120 policy officials by early next year.”

“The Deep State” is not monolithic. There are a number of power centers and sometimes they cooperate, just as often, they don’t. Nobody trusts the Congress to not betray the nation. There are individual members who are trustworthy, but if you’re going to brief that collection of rogues, traitors and mountebanks, you’re certainly not going to make them a present of information that they will share with their various sponsors.
If you patch the impeachment mess on top of all of this dysfunction, you get a gordian knot that’s really difficult to cut. And we owe a lot of the trouble that we’re experiencing to the corrupt, lying, filthy, smug, sly mainstream media. They were supposed to be a watchdog and they turned into a wholly owned subsidiary of the Democrat Party.
We need four more years of President Trump to begin to sort this mess out.