Traveling in the West (not quite a rant) 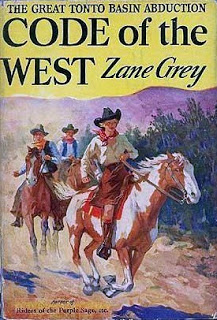 Facebook
Twitter
Pinterest
WhatsApp
Montana is colder than Arizona. I don’t know if any of you will disagree with me on that point. In Montana you NEED to wear thermal underwear during the winter. In the Arizona mountains, it’s optional. You also need to plug in your truck’s radiator in Montana. Not in Arizona.
Moving on, I came across a “Code of the West” brochure, stuffed into the Bible in a motel in Whitefish, Montana. Naturally I read it (having read the Bible previously). The brochure advised that you weren’t in ‘the city’ anymore and that when out west, you were expected to take care of yourself, which included arming yourself against hostile critters. It didn’t define ‘hostile critters’ farther, but I understood where they were going.
There are a lot of “cowboys” in the world today, who aren’t. There are black hip-hop urban cowboys and there’s a congresswoman from Florida who wears a cowboy hat for some reason unknown to me. It’s not about the hat, it’s about character, and we’re back to the Code, which has NOTHING to do with your hat.
The CODE OF THE WEST was first discussed by Zane Grey, in his 1934 novel The Code of the West. That interested me immediately because Grey lived and wrote of the area near the White Wolf Mine, where I live today. I thought to myself as I reflected, “Could what would be true in the late 1800’s be equally true in our freaky post modern world, where men can’t decide which restroom to use and women delight in killing their unborn and recently born children?”

Ramon Adams, a Western historian, explained it best in his 1969 book, The Cowman and His Code of Ethics, saying, in part:

“Back in the days when the cowman with his herds made a new frontier, there was no law on the range. Lack of written law made it necessary for him to frame some of his own, thus developing a rule of behavior which became known as the “Code of the West.” These homespun laws, being merely a gentleman’s agreement to certain rules of conduct for survival, were never written into statutes, but were respected everywhere on the range.

Though the cowman might break every law of the territory, state and federal government, he took pride in upholding his own unwritten code. His failure to abide by it did not bring formal punishment, but the man who broke it became, more or less, a social outcast. His friends ‘hazed him into the cutbacks’ and he was subject to the punishment of the very code he had broken.
Here are a few of the guidelines set forth in the brochure:
Don’t inquire into a person’s past. Take the measure of a man for what he is today.
Never steal another man’s horse. A horse thief pays with his life.
Defend yourself whenever necessary.

Look out for your own.
Remove your guns before sitting at the dining table.
Never order anything weaker than whiskey.
Don’t make a threat without expecting dire consequences.
Never pass anyone on the trail without saying “Howdy”.
When approaching someone from behind, give a loud greeting before you get within shooting range.
Don’t wave at a man on a horse, as it might spook the horse. A nod is the proper greeting.
After you pass someone on the trail, don’t look back at him. It implies you don’t trust him.
Riding another man’s horse without his permission is nearly as bad as making love to his wife. Never even bother another man’s horse.
Never lift another man’s rifle or pistols without permission.
Always fill your whiskey glass to the brim.
A cowboy doesn’t talk much; he saves his breath for breathing.
No matter how weary and hungry you are after a long day in the saddle, always tend to your horse’s needs before your own, and get your horse some feed before you eat.
Cuss all you want, but only around men, horses, and cows.
The Code of the West wasn’t written down back when there really was a West (before Amazon orders were delivered to the most remote ranch next-day). But here’s another take on it.
Camp Cook
Marfa, TX – Lee Russell, 1939.
Complain about the cooking and you become the cook.
Always drink your whiskey with your gun hand, to show your friendly intentions.
Do not practice ingratitude.
A cowboy is pleasant even when out of sorts. Complaining is what quitters do, and cowboys hate quitters. 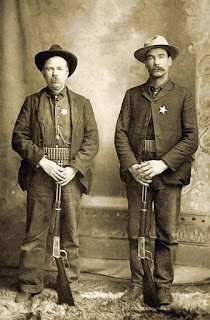 Always be courageous. Cowards aren’t tolerated in any outfit worth its salt.
A cowboy always helps someone in need, even a stranger or an enemy.
Never try on another man’s hat.
Be hospitable to strangers. Anyone who wanders in, including an enemy, is welcome at the dinner table. The same was true for riders who joined cowboys on the range.
Give your enemy a fighting chance.
Never wake another man by shaking or touching him, as he might wake suddenly and shoot you. (doesn’t only apply to cowboys on the range. also applies to SPECOPS types who sleep weird)
Real cowboys are modest. A braggart who is “all gurgle and no guts” is not tolerated.
Be there for a friend when he needs you.
Drinking on duty is grounds for instant dismissal and blacklisting.
A cowboy is loyal to his “brand,” to his friends, and those he rides with.
Never shoot an unarmed or unwarned enemy. This was also known as “the rattlesnake code”: always warn before you strike. However, if a man was being stalked, this could be ignored.
Never shoot a woman no matter what.
Consideration for others is central to the code, such as: Don’t stir up dust around the chuckwagon, don’t wake up the wrong man for herd duty, etc.
Respect the land and the environment by not smoking in hazardous fire areas, disfiguring rocks, trees, or other natural areas.
Honesty is absolute – your word is your bond, a handshake is more binding than a contract.
Live by the Golden Rule.
The Code of the West was a gentleman’s agreement to certain rules of conduct. It was never written into the statutes, but it was respected everywhere on the range. It’s one of the central charms of The West. It still exists in some areas, but you won’t find it in Washington DC, San Francisco, Chicago, New York or most parts of Austin.