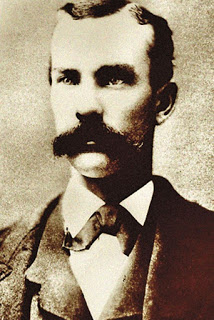 Facebook
Twitter
Pinterest
WhatsApp
There are a few scenarios that speculate on the end of Johnny Ringo (Tombstone, 1993) I enjoy the way that the movie played it. Veteran actors Michael Biehn (played Johnny Ringo) and Val Kilmer (played John [Doc] Holliday) did an excellent job portraying the characters. In fact, the performance is memorable to me even to the moment that I’m writing of the death of Johnny Ringo.

Ringo was a friend of the Clantons and McLaurys and disliked the Earp brothers. He may have been involved in the ambush shooting of Virgil Earp that left Earp’s arm crippled for the rest of his life.
The reality of the mysterious death of Johnny Ringo may not have involved Wyatt Earp (who claimed to have killed Ringo – but was not in Arizona in July 1882) or Doc Holiday.
Ringo arrived in Tombstone, Arizona on July 2, 1882 and met Sam Purdy, editor of the Tombstone Weekly Epitaph, who memorialized their conversation. 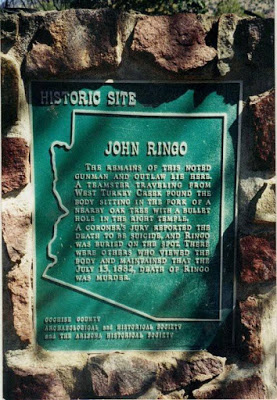 Several sightings of Ringo subsequent to his death on July 13, had him drinking heavily. His bay horse got away from him near Tombstone and he went to fetch it. A single shot was heard about 3 pm. On the afternoon of the next day, a teamster found Ringo’s body. 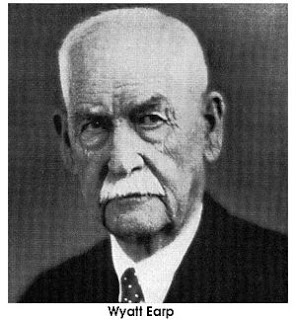 A lot of speculation held that Ringo’s death was a suicide, but the coroner’s records are quite clear that he was shot by a rifle, caliber 45-60, which entered his head at a 45 degree downward angle from the side, which made suicide unlikely.

Somebody shot Ringo, likely while he was drunk and somewhat incapacitated. Was it Earp, who secretly returned to exact revenge? Unlikely. Wyatt Earp was one of the best known men in Southern Arizona at the time and his travels through the area would have been memorialized by people who lived there at the time.
All that notwithstanding, I still bounce back to the Hollywood portrayal of these characters who wrote their names across Arizona’s history.