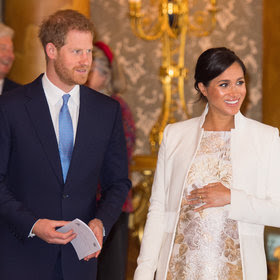 (Foreign Policy) Donald Trump says so many strange and outrageous things that it is impossible to remember them all. But one Trumpian remark that has stuck with me is the US president’s repeated insistence that, after conquering Iraq, “we should have kept the oil”.

Damned straight. After ‘liberating’ Iraq from Hussein, the US should have demanded reparations to the last penny spent including reparations to the families of fallen Americans and allies and rehabilitation payments to the wounded. The Trump hating globalists recoil from that thought, but American nationalists seem to share a different view. The same would be true were we to intervene in Venezuela (and I oppose that at this point). IF we were to intervene, we should be paid for that intervention with Venezuelan oil (or concessions to take gold from its rivers and mountains).

Venezuela can afford to pay for nation building and we should hold them to it. Humanitarian relief has a cost. Military intervention can be measured in dollars and cents. At present, Russia, China, Cuba, etc. are poised to condemn the US for its involvement in Venezuela, but President Trump has not taken the bait. It annoys them because Trump is not a politician in the stripe that they are accustomed to. (Our withdrawal from Syria was an example of leaving the Russians holding a bag in a no-win scenario.)

My company would benefit/profit greatly from American intervention in Venezuela, and I’ve been on the phone with  associates who keep asking me questions (which have been asked and answered before). The Venezuelan people are not willing to fight for their own freedom at present in sufficient numbers. Why should we spend political capital, national treasures and American lives to save them from their own bad choices if THEY are not willing to put it all on the line? Until they are, the US will remain on the sidelines. But if we do become involved, we should take the oil until the debt is paid in full.
Globalists believe that America should expend the lives of its youth, its treasure, etc. to involve itself in conflicts and civil wars not of its making. Inside every Middle Eastern Muslim, there is not a democracy-loving American screaming to get out. We should have learned that lesson by now. Wasting resources better spend at home on worthless and endless war is something that America should know better than to do.
Name the Royal Baby?

The Dutchess of Sussex has given birth. The most popular name in England for new male births is “Mohammed”. I say that the British Royals should name the new baby Mohammed. How politically correct is THAT? Prince Harry and his wife, Meagan, pride themselves on being progressives. That’s clearly the direction that the UK is progressing.