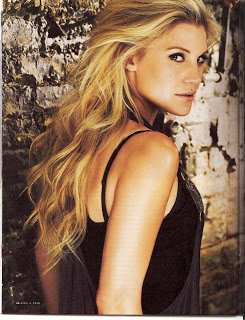 I don’t make it a secret that I’m a fan of the Riddick feature film series/Riddick Franchise, made famous by David Twohy (series creator) and Vin Diesel (Richard B. Riddick), convict.
I saw the most recent entry into the franchise, Riddick, and will offer you some feedback in the event that you are deciding whether or not to go and see it for yourself.
(Wikipedia) Stranded on a desolate planet, Riddick emerges from a pile of rubble badly wounded and with a broken leg. He manages to reset and splint his broken leg and fend off several dog-like beasts that approach him. Needing time to heal, Riddick hides himself and enters a state of hibernation. While sleeping, Riddick experiences a series of flashbacks starting from the ending of The Chronicles of Riddick.
There’s not much play between The Chronicles of Riddick and Riddick besides the main character and some linkage later in the film to the first film in the series, Pitch Black.
The planet is hostile, which should be no surprise to fans of any of the Riddick films, and while Riddick is more hostile, the character is a lot softer in this film than he was in the previous — while remaining true to the franchise. Early in the movie, Riddick admits that he’s grown soft during his time as Lord Marshall of the Necromongers and has to reconnect with his animal side.

The acting was all solid, and I have a place in my heart for actress, Katee Sackoff, who is exceptionally hot as a mercenary on Riddick’s trail.
About a quarter of the way through the film, Riddick decides that the planet is too hostile even for him, and he finds and activates a beacon that calls bounty hunters in search of the price on his head.
Enter two bands of mercenaries (one of which includes Katee Sackoff).
No spoilers beyond this point.
However, if you liked the previous Riddick films, you will like this one too. I am not saying that it’s high art or classic SciFi, but its good, it is entertaining and it’s Riddick.
Best of all, they left the door open for another episode of Riddick.