Marines (now and then)

The End of an Era

(Military.com) There is a national defense mandate to train men and women together to create parity between those two (of possibly 36) genders. The Marine Corps is no different and the USMC is considering scrapping MCRD San Diego and Parris Island, and creating an all new co-ed experience at a new basic training center. You can read about it in the referenced article. I have thoughts on the matter but they are not politically correct, so I will keep my opinions to myself. 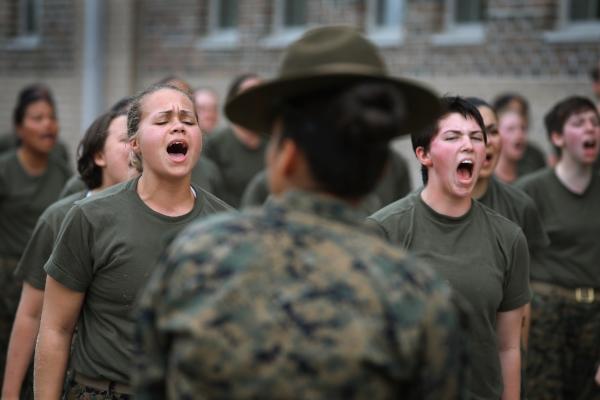 Ok, just one thought. If men have to shave off all their hair in USMC basic training, why don’t women? If you’re going for androgynous equality, women are going to have to become even more masculine. And the female drill instructors need to shave down that hair too. Let’s make both genders look alike, because they’re the same, right?

The article cites that the land in San Diego, CA and South Carolina where the two Marine Corps Recruit Depots now are located has become very valuable. The sale of the land would go into USMC coffers and would be used to create this gender equal facility, free of the oppressive patriarchal past… 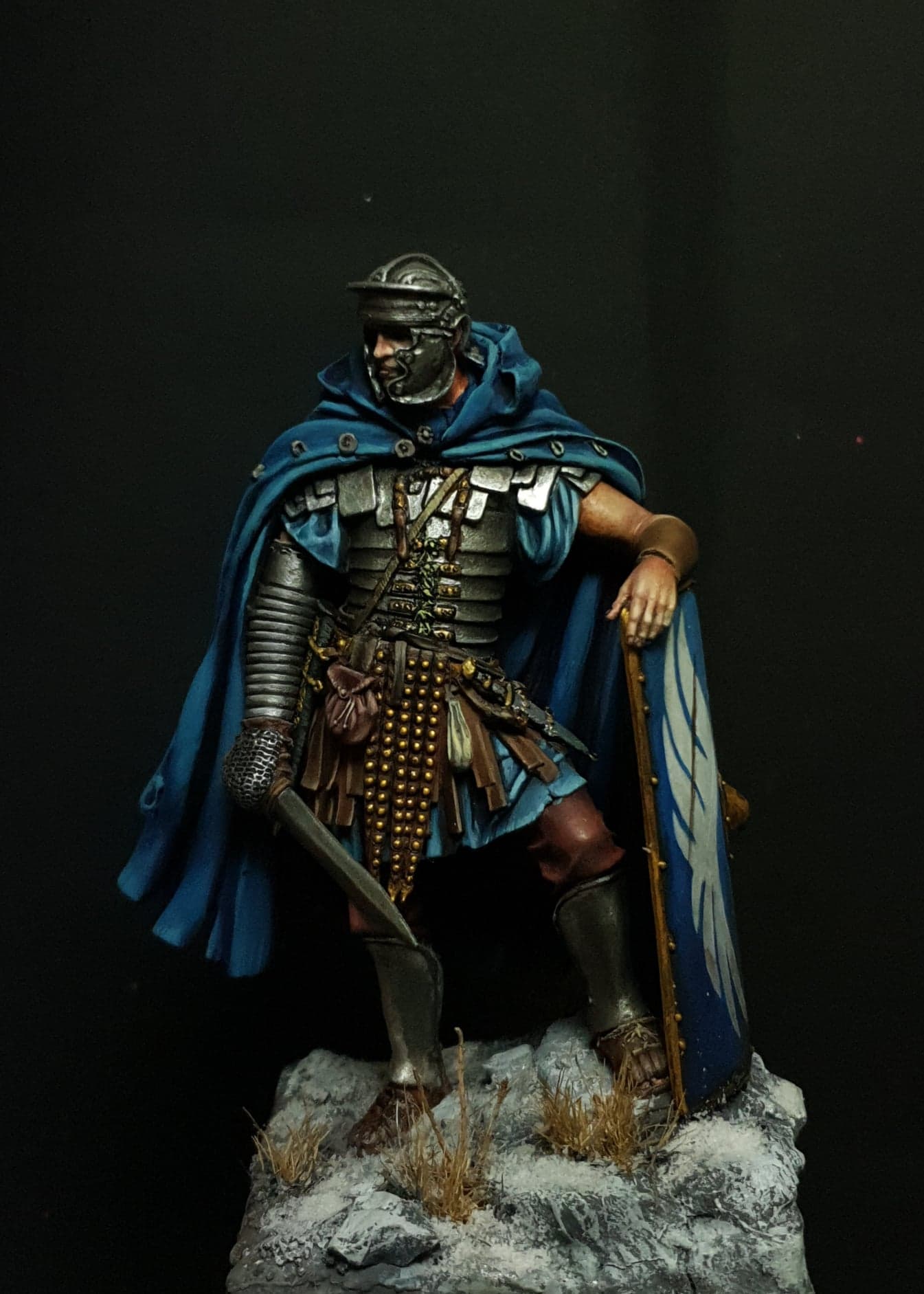 The subject in this work represents a legionary of Legio I Adiutrix during Trajan’s dacic wars. The distinctive element of this period is the so-called segmented sleeve, consisting of the set of stripes covering the right arm. Testimonies of this use are on the bas-reliefs of the Trajan Column and the Trajan Tropaeum in Adamclisi in Romania. The fundamental function was to defend against the dacic scythe that sometimes managed to get around and pass through the scutum.

The Legio I Adiutrix was one of the legions that participated in this bloody and epic military campaign and was always faithful to Trajan who awarded it the title of “pia fidelis”.

The Amphibious Warfare Legion was formed with sailors of the Miseno fleet in 68 AD by Galba on order of Nero. Together with the II Adiutrix, it was one of only two legions of the navy of the Roman army. Its peculiar marine origins led it to be used also for particular tasks such as the search of borders along rivers, sea and river incursion into enemy territory, elite infantry on warships (It does sound familiar). 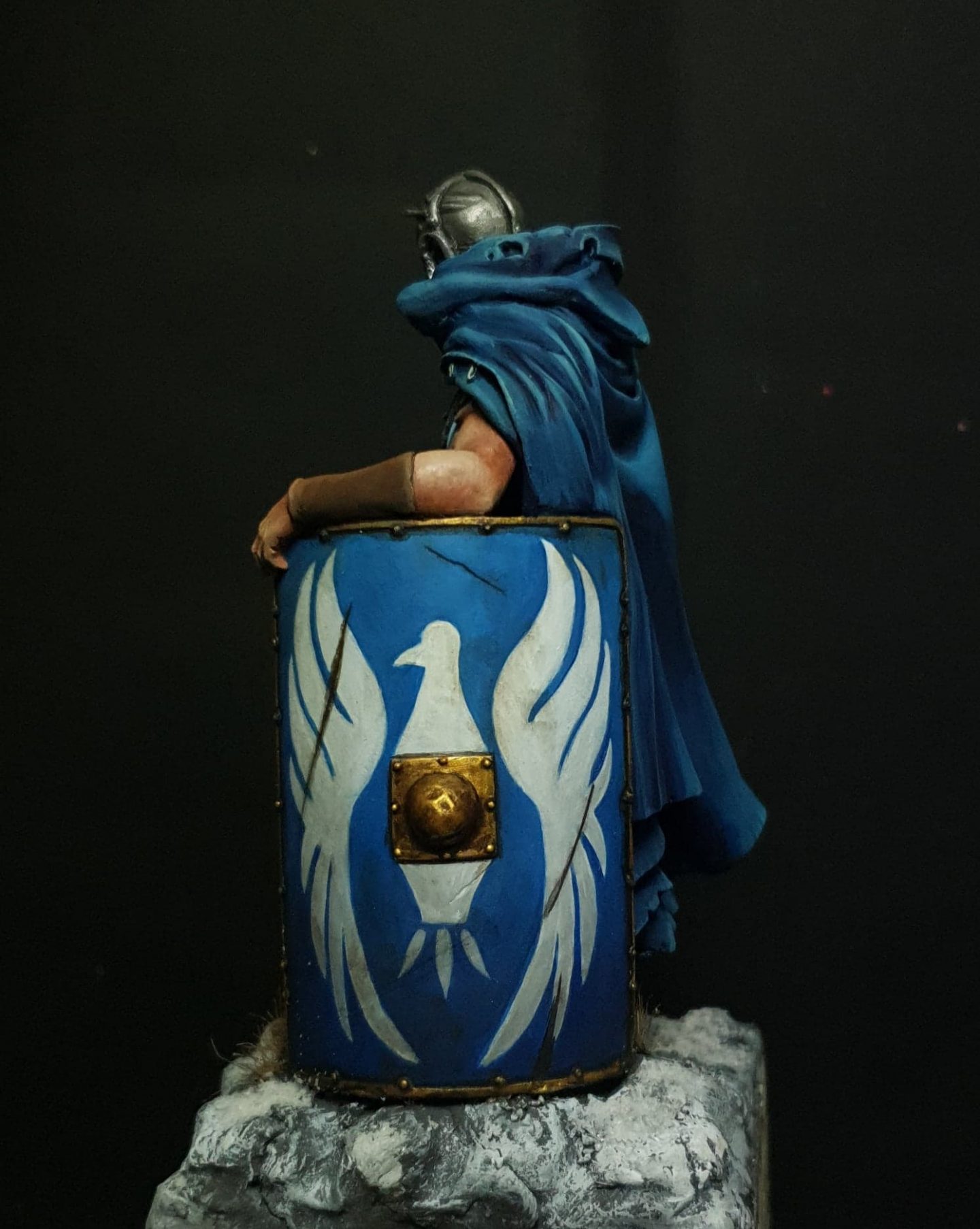 According to various studies, we now know that these legionnaires had more than one set of combat equipment. On sea missions, they wore the lorica hamata and the oval shield, much more practical and lighter. It’s the sort of armor often used by auxiliary soldiers in Rome’s Army.

On ground missions where they fought as traditional legions (brigaded with other legions), they used their segmented lorica and shield shield like other legions. Adaptation to different situations was fundamental to the success of the various companies and this goes to dispel academic and film stereotypes. Probably, the color of the tunic and poenula of Legio I was the typical blue of sailors, as handed down by Vegezio, and would have remained as part of their heritage and of its origin. The symbol of the legion was Capricorn, a zodiac sign of Nero, its founder. Based on a bas-relief found on the site of the ancient Mogontiacum (modern Mainz), on the shield, probably a sea or river bird was depicted.