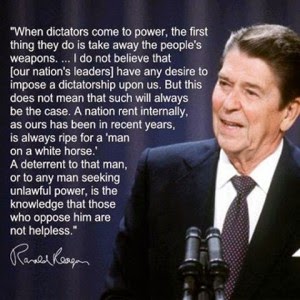 The Second Amendment has nothing to do with hunting. That’s not why it’s in the Bill of Rights. When Republicans use hunters as justification for the right to personal firearm ownership, they tick me off. The Second Amendment is about the public having recourse. I don’t advocate public recourse in the present environment, but it’s always an option…and that’s why the Second Amendment is important.
The only places in the nation where firearms violence is out of control are in states where private ownership is heavily restricted as defined by law. The open carry states are the very safest places to be because criminals never know when the victims will shoot back. I realize that “an armed society is a polite society” will never be part of the utopian liberal lexicon but it’s the only strategy that actually works. Progressives are never bothered about things working because they focus on listening to themselves speak and congratulating themselves on their wit and erudite speeches.
Empowering criminals to victimize is a strategy of the progressive left. At any of the school massacre sites in America, the gunman would have been stopped in his tracks by any well trained and armed teacher. Criminals will always be well armed. All honest people need is the empowerment of parity.