Americans have always been fond of Israel, however there are three groups within America who have never embraced its significance:
It’s odd that such a high percentage of American Jews would just as soon see Israel be thrown under the bus as not. And there is no cry from them about the American President giving Iran a wink and a nod to build an atomic bomb (or three) and lighting them off on a trip to Tel Aviv and Riyadh. It’s sort of a non-event to rich New York Jews.
Progressives are never happy when people fight back against bullying and oppression, which is why they lead the anti-gun lobby. So I get it when they want to see Israel destroyed– sorta.
With Muslims, it the whole “convert or die” scenario for which they have been known ever since Mohammad began killing people for a living, is simply playing itself out once again. It’s interesting that they (Muslim nations such as Iran) have no interest in building rockets to explore outer space or do anything constructive — but they express great zeal in building them to kill other Muslims – and of course, Jews.
I’m not a Jew. I’m not at all ‘progressive’. I’m not a Muslim. And I think that a nuclear arms race in the Middle East is a very bad idea. 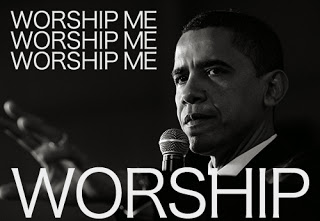 And I don’t worship Obama.
Those who light the menorah, need to consider the holiday that they now commemorate. Enemies captured Israel and sacked the temple. The revolt against this oppression from invaders is commemorated by hanukkah. Do you American reformed Jews really want to have to celebrate another holiday to commemorate a mass murder of Jews? Why are you so unfeeling toward Israel?