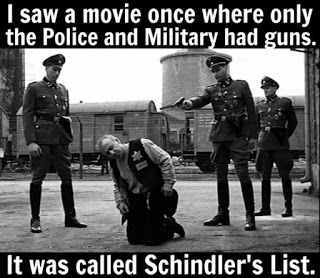 The future is simple to predict (in a macro sense) because a study of history (cause and effect) allows the reader to draw parallels in the most amazing way.  The nature of man has not changed since men were able to communicate and write. It’s difficult to assess before that, but we have roughly 5,000 years to work with. When you consider the volume of data available, even a computer of modest power can compare and contrast. From that point of view, history should be an essential part of study from the very earliest instruction.

The history that is taught in schools is progressive philosophy mixed with a few facts – and vast omissions. Thus a study of revisionist history is a complete waste of time. The time taken teaching “wikipedia” history where students cut and paste to generate “reports” could better be put to hard science and math. Is that racist or progresso-phobic? Most liberals prefer “liberal arts” to science.

There are a number of excellent examples of gun control in action across the world. Despots who desire control over a population must disarm them first or they face situations that may be dangerous to their own survival or that of their regime.

The Jews in the USA are clearly not representative of the Jews in Israel. They routinely support policies that would march themselves back into ovens. Israeli Jews have a far more circumspect view of the situation since they are surrounded by people who want to see them wiped out to the last man/woman/child. 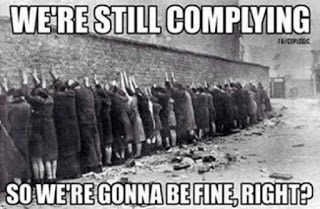 American Indians at Wounded Knee refused to give up their arms (primarily because they needed to hunt during the winter) and the US Army killed about 300 of them. (link). It makes the recent slaughter in Orlando look anemic.
Armed people will kill unarmed people with alarming regularity. Take Paris, San Bernardino or Orlando for example. The only answer to the problem is to empower the honest, hard working people to protect themselves from savages. Progs and elites have never advocated disarming their security details. You can’t blame them. 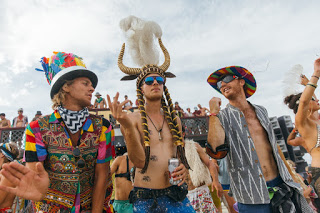 There are a number of “Litha”/wicker man festivals going on in California. I consider them a type of warm-up for Burning Man in the Black Rock Desert (NV), which is a “pagan festival” of a completely different nature. Though witches do show up at Burning Man, there are a lot of unaffiliated hippies, “artists”, freaks and hangers-on who also bark at the moon while naked. Sometimes it’s difficult to tell the difference between a genuine California witch and a new age Illuminati stooge with a wicked crystal meth habit. 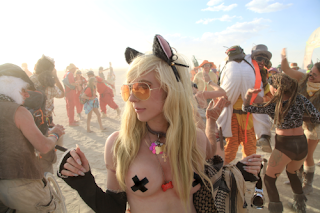 The typical lesbian witch crew in California considers Burning Man an event done in poor taste, primarily because it was not started as a witch-centric event. They also object to the presence of men and to the “rape culture” that exists there in the Nevada desert. Women, loaded on chemicals, pass out and wake up, having been violated and filled (with new social diseases) by one or more males (NY Times did a piece on the whole rape at Burning Man thing). Then again, it happens to guys who pass out too, so it’s an equal opportunity violation orgy in the filth of the desert.

From what witches say, Burning Man not as fun to attend as the the witch lesbian- love fests in the Santa Cruz Mountains.

Both are akin to “worshiping a golden calf” but that’s just me offering up my two cents worth. 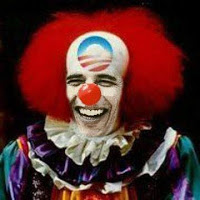 I heard that Barack and a massive entourage have taken over Yosemite National Park as part of one of several presidential summer vacations. As a taxpayer, I feel privileged to cover all of his majesty’s junkets to different parts of the world and the “good will missions” that his ugly wife takes to get her out of the White House (which reminds her of slavery).

One question on everyone’s lips is whether Barack will team up post-presidential term, with Rev. Al Sharpton to begin a clown show that would tour the us, and perhaps the world. Two evil clowns under the same big top? It could happen and while it’s not the sort of circus that you’d want to take your kids to, I’m sure that the lemmings/progs would line up in droves and fork over big money to see the act. It would be fun to see Barack get a pie in the face and Al fall prey to the fake flower in the lapel that shoots water. But I might wait for the MSNBC Special.

On 17 June, an Indonesian naval patrol ship fired warning shots towards several Chinese fishing boats that were operating near the Natuna Islands, which are part of Indonesia.

You’ll recall that China claims the entire South China Sea (among other vast tracts of the Pacific) are its own domain.

The Indonesian navy said the Chinese fishing boats were fishing illegally and that no one was injured by the warning shots.

A Chinese Foreign Ministry spokesman confirmed the firing incident on the 17th and said that the Indonesians wounded one fisherman and detained the seven-man crew of one of the fishing boats.

This was the third confrontation near the Natuna Islands this year. Chinese authorities acknowledge Indonesian sovereignty over the Natuna Islands, but the map the Chinese use to delineate their claims to sovereignty includes some sea areas over which Indonesia has sovereignty, according to the UN Convention on the Law of the Sea. Apparently that overlap encourages poaching by some Chinese fishing crews.

A confrontation between Chinese maritime police and the Indonesian Navy is unlikely. However, recurring incidents involving Chinese fishing boats are highly likely.