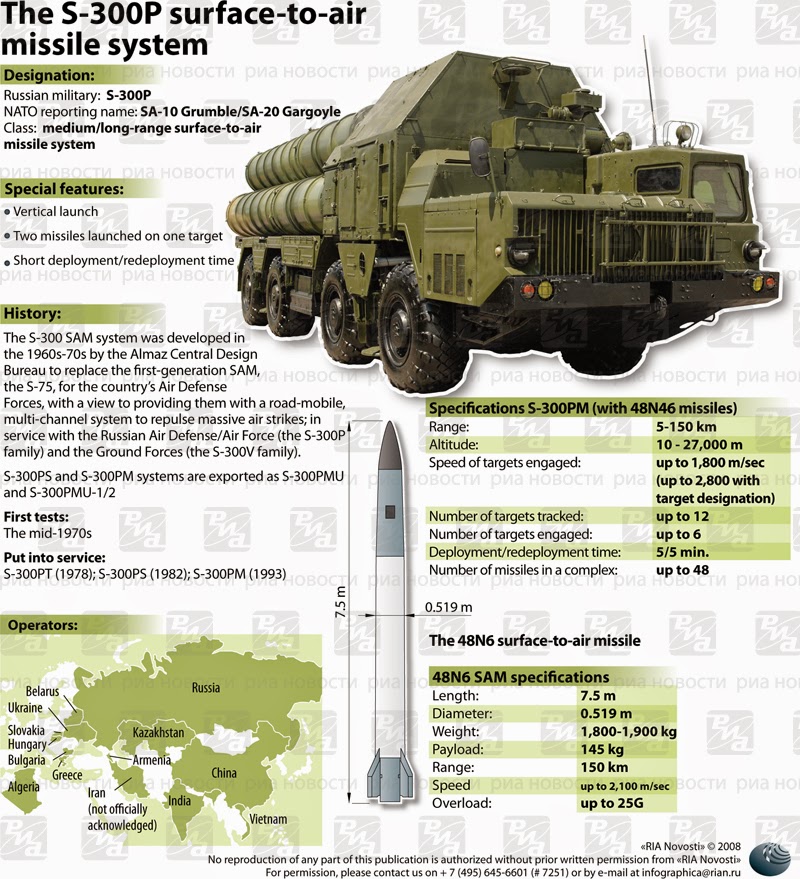 Facebook
Twitter
Pinterest
WhatsApp
Context and Precedence: Iran negotiated to buy the Russian S-300 air defense missile system in 2007, but the Russians canceled delivery of that system in 2010 shortly before it was to be delivered. The S-300 system is one of if not the best air defense systems in the world and was purchased to protect Iranian nuclear weapons plants from attacks by the US and Israel.

Yesterday, Russian Federation President Putin canceled that September 2010 decree that banned the delivery of advanced S-300 air defense missile systems to Iran. Russian Foreign Minister Lavrov said, “It was done in good faith for the sake of stimulating progress in the negotiations. We believe that at this stage the need for this kind of embargo, and for a separate voluntary Russian embargo, has completely disappeared.”

Moscow also announced that is has begun an oil-for-goods swap with Iran. Russian Deputy Foreign Minister Ryabkov said Moscow is supplying Iran with grain, equipment and building materials under an ongoing barter agreement. Russia reportedly is buying up to 500,000 barrels of Iranian oil per day as payment for Russian equipment and goods.

Some commentators suggested that deploying this system will trigger an Israeli air raid against Iran before the system is operational, just to destroy the system. 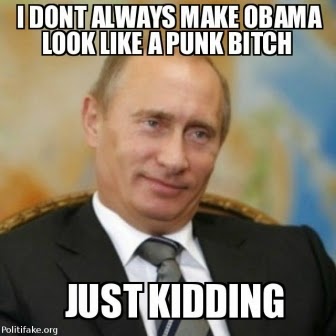 Israeli Intelligence Minister Steinitz said this is what comes from legitimization, referring to the US-Iranian nuclear pseudo-agreement.
Vladimir Putin enjoys (metaphorically) pulling President Obama’s trousers down around his ankles on a regular basis. This announcement will likely provoke other nations to “barter with Iran” rather than sell to Iran (in violation of sanctions agreements), weakening the sanctions that President Obama claims can be “snapped back” if/when Iran cheats on their arrangement to ‘slow the production of nuclear weapons’.
Barack Obama is looking for SOMETHING to hang his eight failed years in the presidency on. He thought that it would be ObamaCare, but that has come apart at the seams. The Iran nuclear deal was something that he planned to spin into a success (until Iran destroyed a couple of Israeli cities with the bomb) as part of his legacy.
Will Obama go out as the worst president in US history (ahead of Jimmy Carter)? Oh yeah.