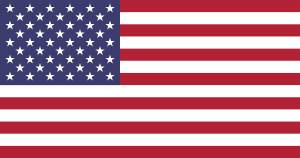 On his first day in office, President Trump met with business leaders and then he met with union leaders. Both groups were very excited to work with the President to help bring jobs to the nation (and make America great again). The Democrats are outraged that Donald Trump is stealing their mojo. Union workers were their bread-and-butter voters. Maybe not anymore. The progressive movement has always preferred grievance voters to union members, who lowed like cattle on their way to the slaughterhouse as did inner city voters. Those two voting blocks are in danger of deserting the Democrats and their leadership understands that. They just don’t know what to do to stop it — other than calling the president dirty names, dressing up as vaginas, etc.
They strike back by giving $221,000,000 to Palestinians in the closing days of the Obama Administration. (more here). Barack also released billions of dollars to climate change organizations as a species of f#%k you to the American taxpayer. The grievance voters usually like this sort of largess from the government that’s underwater to the tune of $21 trillion. My sense is that going forward, this sort of nonsense will be stopped and the damage done by the previous administration will be explained.
On Day-One of the Trump Presidency, President Trump signed an executive order that banned US Taxpayer funded abortions outside of the USA. It’s the so-called Mexico City Policy (read more here).
Why were we (the taxpayers) funding abortions outside of the USA – ever?
There are a lot of funding efforts outside of the US that President Trump will be stopping in his effort to focus on America first. The United Nations scams will be among the next to go under the funding knife.