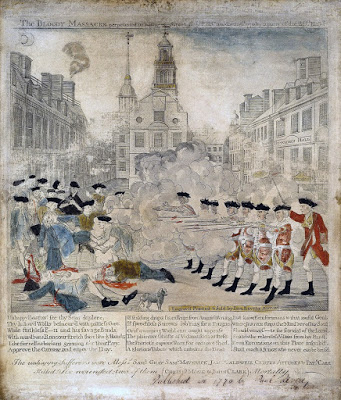 Facebook
Twitter
Pinterest
WhatsApp
Hong Kong Protests
If it was taking place in an American Inner City, the object to the protest would be to loot businesses and steal goods belonging to others. That’s not the way that it happens in Hong Kong. Not yet anyway.

Jim – I figured it was just a matter of time before something like this happened. The folks in Beijing don’t strike as the types to just give in.

And…neither do the protesters/rioters. That’s part of the problem in Hong Kong. If the police didn’t show up, there would be no theater with media coverage to make the protesters vandalize, and the thing would flop. (It reminds me of the title of a protest film in the sixties, “What if they Gave a War and Nobody Came?”)

History and human nature are very sadly predictable. Cause and effect is not difficult to watch and for anyone who reads history, these things are common. The Boston Massacre occurred on March 5, 1770. The British, who didn’t like to characterize it as a ‘massacre’, referred to it as The Incident on King Street.
British soldiers shot and killed several people while being harassed by a mob in Boston.
Amid tense relations between the civilians and the soldiers, a mob formed around a British sentry and verbally abused him. He was eventually supported by eight additional soldiers, who were hit by clubs, stones, and snowballs. They fired into the crowd without orders, instantly killing three people and wounding others, two of whom later died of their wounds.
That’s what happened in Hong Kong. Yes, the facts are a little different than that, but not so different that anyone could draw a vast distinction. It’s part of an escalation of mob behavior and police behavior.

Paul L. Quandt – Please keep up the good work; I know I’m not going to get the truth from anyone on the idiot box.

The hysterical reaction of Democrats who read the writing on the wall that says, “Four more years of Trump with majorities in both legislatures” has driven them to find a message. They think that impeachment, the Green New Deal and turning the US into a communist state is a winning message. Their minions in the corrupt, lying, smug, sly, wicked mainstream media carry the message of division and hate. They can’t report the news rationally. However, the situation in Hong Kong is a powder keg for the world, clearly for China, but also for the US because of non-government organization meddling on the part of Americans.

Some in the media and elsewhere reject the possibility, but should that happen, I don’t see a war between the States. I see military style surgical strikes by trained citizens to attempt to restore the Constitution. There are a lot of highly trained civilians in this nation. However, these things have a history of unintended consequences. People need to be careful of what they wish for.

Jules – I have to say that the birthday bash in Beijing was a sight to behold. So over the top- such precision goose stepping from the soldiers- such a military showstopper. Creepily fascinating.

Everyone loves a parade. China has a big, modern, expensive military that they have never fully used. One day they will try it out. The last time was an invasion of Vietnam and it didn’t work well at all for the Chinese. (70K Vietnamese to 600K Chinese) The Chinese declared victory and fled.
Despite the desire to play with the new toy, wars are grievous things. Hong Kong is descending from a couple million people marching to a few hundred thousand fighting, and that never ends on a happy note.