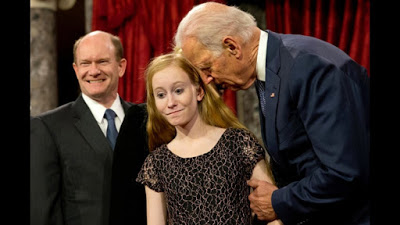 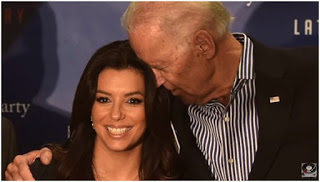 I haven’t received any e-mail from you guys, but guess who sent me a personalized form e-mail Thanksgiving letter of thanks (even though I only hinted that I may contribute to his campaign one day) — That’s right, Good old Slow Joe Biden, former US Vice President and aspirant for president in 2020. Joe would pork a pile of rocks if somebody hinted that there was a snake in there. It’s how he rolls.

Larry — (see, it’s personalized)
I’m writing you today simply to say thank you.
(blah-blah-blah) I cut some of the letter out to spare you.
(back in 1890), My dad used to say to me, “Joey, we get knocked down, and then we get right back up.”
Folks, in 2017, we got right back up. We helped each other up. (I don’t know how Joe figured that but he’s always been a bit delusional)
And here’s what you showed me:
Those with the courage to oppose hate still far outnumber those who promote it. (which is why President Trump won a landslide victory) It’s by the power of our example, not the example of our power, that America leads the world. And this country will always belong to those who love it enough to change it for the better.
I wish you all a relaxing Thanksgiving with those you love. Hold them close. (Joe does a lot of that close holding)
Then, let’s get back out there. Because we’re going to take back the House in 2018.
Thank you, from the bottom of my heart.
-Joe 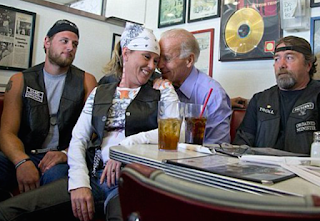 Barack kept Uncle Joe on ice for the last two years of his presidency. He showed up to cut ribbons to open a bridge and he attended every tranny conference in America (because they like to be groped). No, I’m not kidding. Check it out yourself. Biden 2020 would “allow Joe to be Joe”. I can’t wait. I predict a head-to-head match up between Old Uncle Joe and Nancy Pelosi for the prize of Democrat for President – and the right to take on The Donald.

It will be a big day for America.