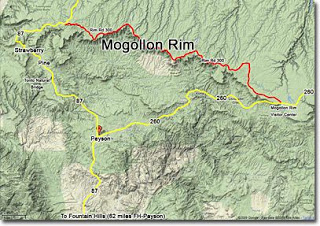 Facebook
Twitter
Pinterest
WhatsApp
I’ve been up on the Rim for the past couple of days. I called a friend and said, “I’m scaring myself and may look disturbed. I can’t wipe the smile off my face.”

The only significant wildlife that I saw were elk and a coyote, not a wolf. I’ve been told that there are no wolves remaining on the Mogollon Rim. That may be the case. Or maybe not. I can’t say one way or the other.

The meets and bounds survey is complete and it’s time to order the full survey, including too, trees greater than 8 inches, and significant rock outcroppings, preparatory for the architectural work.  It seems like a lot of work just to build a shack. At least that’s how it seems to me. But one must do one’s best to keep the hovel standing, right? Despite a zombie apocalypse, nuclear winter and global warming.

Fate whispers to the warrior, “You cannot withstand the storm,” and the warrior responds, “I am the storm.” Preparation is part of the discipline. 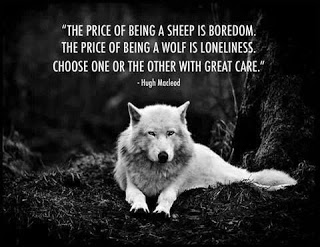 One disturbing development came when I was down in the canyon, and my cell phone had three bars…It’s not supposed to have any. Civilization encroaches and it’s disturbing. I swapped out the Iridium for a Globalstar and they return a signal, naturally. But common cell phones? Who is doing this stuff? What evil post-modern plot is afoot? Of course, I can just turn off the phone.

I retained an architect today. It’s not easy to find somebody who can share the vision of a shack in the pines, on the side of a canyon.

Brig, who reads this blog occasionally, suggested this concept: 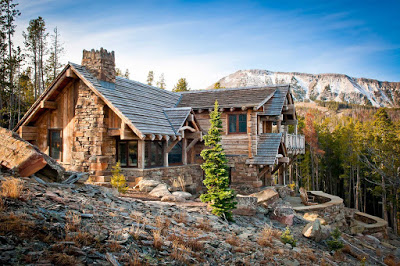 And let nobody doubt that Brig knows horses, cows, guns and cabins. 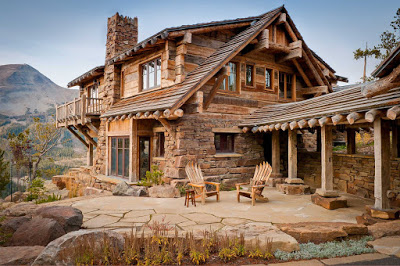 A few comments from readers (Q and A)

Q: Aren’t you worried about alien abduction, living out in the woods?

A: The Mexicans have to find me first.

Q: Do you plan to wear a cowboy hat.

A: At times, but I’m more likely to wear a baseball style cap if it’s allowed.

Q: What do you plan to eat?

A: I’m not leaving planet Earth. I will eat dead chickens, cows and pigs for the most part. I eat salads primarily because I hate plants and wolfing down a salad is my way of getting even with them. I will probably eat tacos and burritos (unless their presence draws illegal aliens – you have to balance that out for yourself)

Q: What minerals were mined at the White Wolf Mine?

Q: Who is buried in Grant’s Tomb?