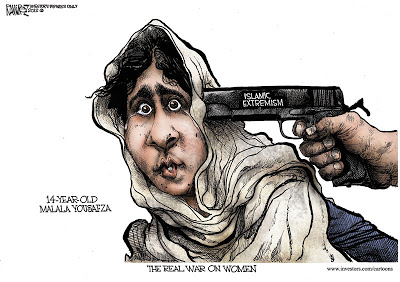 Malala Yousafzai was a young blogger in Afghanistan, of all places. She reminds me of another writer, a diarist, who inspired many around the world. From her hiding place in Amsterdam, Anne Frank wrote: ”How wonderful it is that nobody need wait a single moment before starting to improve the world.” Today, for Malala and the many girls like her, we need not and cannot wait.

Last Tuesday afternoon, Malala Yousafzai was a 14-year-old girl riding home on a school bus. Now, after a masked gunman apparently boarded her bus, asked for her by name and shot her in the head and neck, she is fighting for her life. Malala was targeted by the Pakistani Taliban because for the past three years she has spoken out for the rights of all girls to become educated.

After this despicable shooting, a Taliban spokesman said his organisation considered Malala’s crusade for education rights an ”obscenity” and accused her of ”propagating” Western culture. If she survives, the group promises to try again to kill her. (Sydney Herald)

The mainstream media in the US took up Malala Yousafzai’s case – a young and courageous girl who had the strength to demand education for herself and other young women.

At the same time, those very same publications, promote sharia rights for Islam on a worldwide basis that supplant the local rule of law. 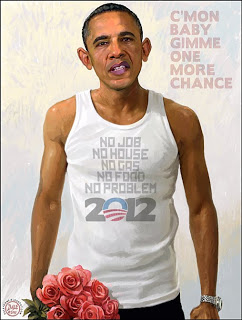 And the United States Government as championed by President Obama and Secretary Clinton are covering up a terrorist attack in Benghazi Libya, carried out by people of the same stripe that shot an innocent girl who simply wanted an education (above). Why would they do this? What does the Obama Administration hope to gain?

I understand that both Obama and Clinton would be offended that I grouped them with Taliban assassins and Libyan terrorist cells, but by doing what they’ve done, they have made a choice. And it’s not an American choice.

The United States must stand against all Islamic extremism in all places, in all ways and with the means available to us. Obama, wrote that he would stand with the Muslims should the political winds shift in an ugly direction. Audacity of Hope, by Barack Obama, ghost written by William Ayres (p. 261) I don’t want to mischaracterize this quote but it applies to his view of Islamist radicals within the US such as Major Nidal Hasan, the Ft. Hood assassin.
This is not the sort of political philosophy that we want from the White House. Time for a change.