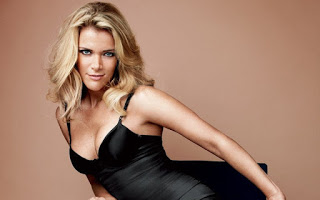 Facebook
Twitter
Pinterest
WhatsApp
I watched the debate and will offer my take on the outcome, offering unwanted advice to Trump, who does not read my blog. Though he should.
I told LSP that I wouldn’t watch Megyn Kelly’s analysis unless she did it nude. How’s that for sexism? Megyn annoys me. And she really doesn’t like Trump…however if she was commenting while nude, I have to confess that I’d tune in precisely because I am a heterosexual male. I predict that her ratings would improve until everyone got used to seeing her in the buff, then they’d drop off.
But I digress.
Trump didn’t lose the debate and Hillary, who was on her 9th Presidential Debate didn’t succeed in making him look bad. Hillary smirked, and the wild eye began to twitch as Trump laid into her early in the debate. Then Trump backed off. Trump got the point across that Hillary and friends have failed to do anything about ISIS since they created it; Their trade deals hurt America; They have made a mockery of the ‘inner city voter’; and she was a failure at everything she did while working for government over the past thirty years.
Trump could have gotten tougher on the e-mail scandal, on the energy program where  Hillary wanted to put miners out of work, and shouldn’t have worked so hard to justify his actions. Hillary started the birther movement, he followed up, and eventually Obama produced a birth certificate. Who cares. The tit for tat: Tax Returns for Hillary’s 33,000 emails being released shut Hillary up. She moved on.
The now Infamous Trump Tax Returns are a red herring that he’s holding back. Let the media go insane over them. At about 3 weeks out, he’ll release them and there will be — nothing worth attacking. He’ll use it when Hillary triumphs in some way to dull her surge. And you know that the media will tumble for it.
A draw would have been a Trump victory.

The debate was roughly a draw and that means that Trump won.
Unlike many of you, I thought that the moderator, Lester Holt, an NBC Anchor, exceeded my expectations. I didn’t expect him to be fair, and he wasn’t in a subjective sense, but he was more fair than I thought that he would be. Does that make sense? Rachel Maddow would have been worse as would have Kieth Olbermann. The mainstream media always favors the Democrat and had he not done that to some degree, he might have been in a bread line D-Day+1.