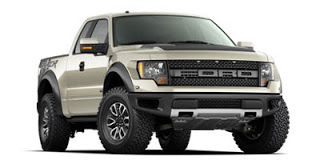 Facebook
Twitter
Pinterest
WhatsApp
Say what you want about Donald Trump – and I’m sure that you have a lot to say… but, he kicked Ford’s butt and Ford responded.

(CNN-Money) Ford’s heavy duty pickup trucks which used to be built in Mexico started rolling off an assembly line in Ohio this week.

That’s good news for the 1,000 Ford workers in Ohio, who might have otherwise been out of work.
It’s also good publicity for Ford, which has been under fire for investing so much in Mexico. In April, the automaker said it would invest $2.5 billion in transmission plants in the Mexican states of Chihuahua and Guanajuato, creating about 3,800 jobs there.
Ford’s south-of-the-border strategy has drawn heavy criticism from groups such as the United Auto Workers union and Republican presidential candidate Donald Trump.
The Avon Lake, Ohio, plant produced its first batch of Ford’s full-size F-650 and F-750 pick up trucks on Wednesday.
“Our investment…reinforces our commitment to building vehicles in America,” said Joe Hinrichs, Ford president, The Americas. “Working with our partners in the UAW, we found a way to make the costs competitive enough to bring production of a whole new generation of work trucks to Ohio.”

President Obama’s move to “radically transform America” never included trying to keep jobs in the US, and the 91 million Americans who are not in the job market are mute testimony to that. The so-called unemployment rate that the Bureau of Labor Statistics quotes is a mishmash of ‘worked numbers’. It doesn’t reflect reality. And none of those 91 million who aren’t working pay any taxes.
“How does that help us?” Trump said about the Ford investment in Mexico while campaigning in Michigan this week. “Mexico is becoming the new China.”

I’m not a huge fan of Ford, but I’ll say one thing for them, my 2014 Ford Raptor is one heck of a fun ride. I’ve drifted away from buying American and the massive federal subsidies that GM feasted off of has turned me off that company. To Ford’s credit, they didn’t take the free cheese. They need to take a bow for that and for responding to Trump’s call NOT to outsource jobs to Mexico.
If they keep it up, I might buy another Ford vehicle when I’m in the market.