Politics and Intrigue (a rant) 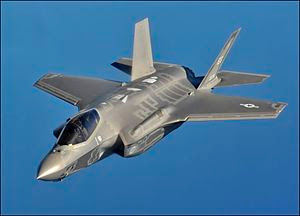 Facebook
Twitter
Pinterest
WhatsApp
What Good is a Budget?
Before you jump me from behind and wrap a piano wire around my neck and pull it tight against the zip-tie style ratchet, yes, I know how procurement works. And yes, I know it’s also a jobs program with components of the F-35, for example, built in all fifty states – welfare for the middle class.
And yes, I know the dirty little secret about the F-22 Raptor (@$339 million each), which is not much of a secret. If you need to have two that work, you should have four on hand because they are a maintenance nightmare. Will the F-35 be better? Really? At least we haven’t scrapped the A-10, much as the Air Force would love to. I suggested that the USAF give the program to the Marines, but they don’t want to do THAT. They just want it scrapped and replaced by stealth F-35’s. What good is a “stealth” close ground support aircraft?
Rosie Deported? 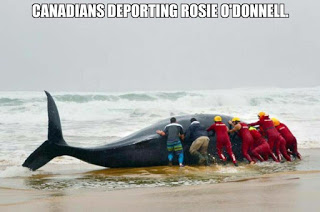 There is an ugly rumor floating around that Rosie O’Donnell has been deported by angry Canadians, demanding that the US take her back. There is word spread of a burgeoning food shortage in cities that Rosie has visited.
This rumor needs to be put to rest. I tried to fact check it, but SNOPES is now owned by the corrupt, elite, mainstream media. So that won’t work.
I tried Facebook, but that’s being managed by the progs, who eliminate any news that they’re not comfortable with by tagging it, “fake”. The only solution is to let the photo speak for itself.
Is Israel a Threat to the Arab World? 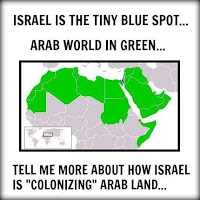 A map is useful in this analysis. The Israelis are accused of colonizing Arab land. Why does New Zealand care so much about that?
More to the point, why are we still pumping money into the UN? Maybe it’s time to leave and do something useful with the building? President Trump could re-purpose it. 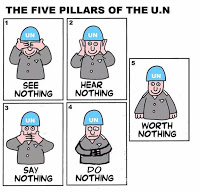 And while I’m on a UN rant, NOBODY who reads this blog has made a case for why we should pump billions of dollars into that rat hole. I expected somebody – or maybe a passing prog – would stand up for those worthless programs. Yes, I realize that we dump money into the third world that way to make liberals feel good about their fancy homes and exotic coffee blends, but what does AMERICA get out of it?

The number of credentialed foreign spies that are accredited to the UN literally boggles the mind. And no, I’m not being Xenophobic. We need to move the UN to Beijing.

Hillary Reset?
There is talk in liberal circles about a Hillary Clinton (a fan of the United Nations) run for the presidency again in 2020, with a whole new approach (defined by the latest focus groups) and a whole new persona.  While it’s mostly just a bunch of coastal elite media types who are hurting from their bruising at the hands of President Trump exorcising their wet dreams, the Clintons are responding. They’d be better off running Chelsea for school board or something and might find a more likely victory in that. Bill Clinton feels that angry white men are responsible for Hillary’s defeat. Maybe run Chelsea for school board in Harlem?

Amid all of this noise about Hillary, I am not hearing much about Anthony Weiner and his future political aspirations. Whenever I think about Hillary, my thoughts immediately turn to Anthony and Huma Weiner, her closest confidants. 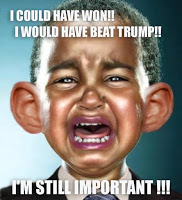 Hillary Clinton must have had half a dozen resets during her most recent presidential campaign, where in each case her aspirations morphed to fit the conclusions of polling and focus groups. I can only wonder what the most recent liberal focus groups are suggesting to her for her future in politics.

Then there is the contemptible Obama…and he’s still around causing mischief with thirty days to go before he’s out for good. Ok, BUT not for good because he’s planning a run in 2020 as well. Not to support him then would be —–wait for it. Racist. 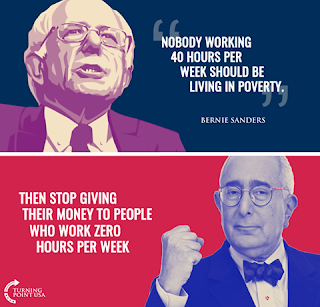