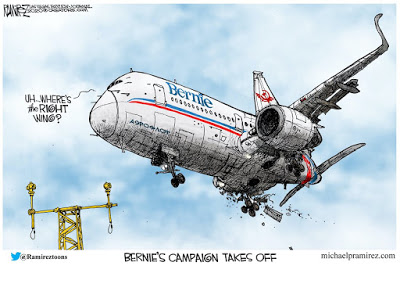 In politics, it’s important to find balance and in order to do that, candidates need to leave the bubble of adoring fans.
Bernie is a little different, because he’s a hard core communist and huge admirer or the Soviet system – back when there was a Soviet Union. A lot of his followers would end up in the gulag for their troubles, but they don’t understand that because all they want is free stuff, looted from somebody else (who they’d likely meet in the work camp when they arrive). 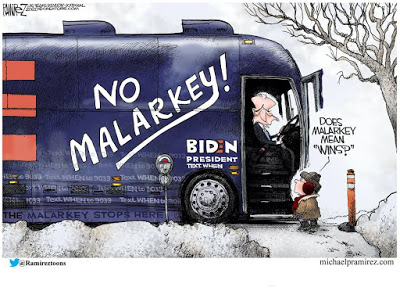 Biden, continuing his failed “No Malarky Tour”, is trying to pick up the pieces while reminding everyone that he’s the Democrat front-runner. I guess if you pay for the polls, you can be the front runner just like Hillary Clinton was.
Apparently he bought a lot of pie for seniors in New Hampshire in the hopes that he’d earn a vote. From the results, the opposite happened. There is a lesson in this. When you’re a senile, old, creeper, don’t rub elbows with your people. They’ll vote for Amy Who? or the Butt Guy even though you bought the pie and coffee. 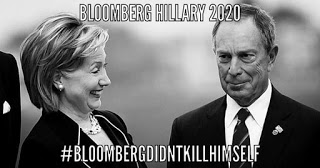 Bloomie and Hillary? Yes, Drudge let the cat out of the bag, poor Pierre (Mitt), denied a run at the  vice presidency. Maybe the sodomite, Pete, will pick him up? The only thing fun about that combination will be the dead pool on how long Mini-Mike will last before his fatal heart attack, or his unexplained suicide (no weapon found at the scene where he was shot in the head). You laugh, but it will make blogging a whole lot more interesting.

I’m expecting Elizabeth Warren to offer something unusual to Nevada in exchange for votes – possibly a rain dance or things along that line. She’s offered everything for free already and not that many suckers are biting.

Amy Klobuchar reminds me of one of those nasty, vindictive great aunts, when I was a teenager. They are nice to your face at the family function and insist on kissing you and leaving lipstick on your cheek, but bad-mouth you to your back. “Who is that little strumpet he brought to dinner? You need to test him for a social disease!”

The Donkeys don’t have much balance and none of them even claim to want to make America great. They just promise to raise taxes, do away with 32 oz soft drinks and kill all of the cows (Green New Deal), replacing butter with margarin. I can hear Amy’s scolding voice now to the twelve year olds at a family gathering, “Eat your soy burger, you ungrateful little curs!”