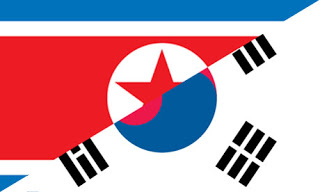 Facebook
Twitter
Pinterest
WhatsApp
North Korea – The Mouse that Roared
A June 23 Rodong Sinmun (North Korean News) article calling President Trump a “rough and reckless war maniac” and a “lunatic” is the latest—and harshest—in a series of commentaries attacking the President by name. It’s odd that the Norks are not nearly as tough on President Trump as the elite, smug, American media is.  None the less, the North Korean rhetoric is ratcheting up, as they consider whether or not to test another nuclear weapon.

You’ll note that I often lead off with a discussion of events in North Korea. I do this because I believe that it’s the single most volatile situation in the world today.
South Korea
At a conference in Seoul on 26 June, South Korean Foreign Minister Kang Kyung-wha said that President Moon’s directive for a review of the Terminal High Altitude Area Defense (THAAD) system’s deployment does not mean that the deployment will be canceled.

She went farther. “As my President himself made it clear on numerous occasions, my government has no intention to basically reverse the commitments made in the spirit of the ROK-U.S. alliance.”
“Going through the environmental-impact assessment is an issue of domestic due process. It does not mean that we will cancel or reverse the decision to deploy THAAD,” she added.

At a separate venue in Seoul on the 26th, China’s vice chairman of the National People’s Congress, Zhang Ping told a meeting of 25 European and Asian parliamentary leaders that South Korea should “get rid of the major obstacle called THAAD.”

Zhang said, “The South Korean side must pay attention to the THAAD issue; we hope they communicate the right signals to the Chinese side regarding THAAD.”

Over the weekend, one news source reported that President Moon’s government might limit the deployment to a single firing unit, based on the environmental impact review. That would be a face-saving maneuver by Moon who opposed THAAD despite North Korea’s aggressive missile firing program.
As for the Chinese, they sense progress in their campaign to persuade the Moon government to require the US to remove the THAAD system. The right signal is to cancel the deployment. A scaling back of the deployment would count as a signal heading in the right direction.
Chinese Peace Brokering
China is brokering a deal between Afghanistan and Pakistan. All three parties participated in a press release yesterday. There are five major points in the joint press release:

“Second, Afghanistan and Pakistan are willing to positively improve mutual relationships, agree to establish a bilateral crisis management and control mechanism, and carry out timely and effective communication on sudden outbreaks of incidents.”

“Third, the three sides agree to establish a dialogue mechanism among the foreign ministers of China, Afghanistan, and Pakistan, start from practical cooperation, and carry out cooperation in areas of common interests.”

“Fourth, the three sides agree to restart the Afghanistan-Pakistan-China-US quadrilateral coordination group, commit to peace and reconciliation in Afghanistan, and call on the Taliban to join the peace process at an early date.”

“Fifth, the three sides support the early resumption of the work of the Shanghai Cooperation Organization-Afghan Liaison Group so as to play a constructive role for the reconciliation process in Afghanistan.”

And I’m sitting on the sidelines, eating popcorn, watching the chameleons make love. Pakistan created and continues to support the Taliban and their active campaign of terror in Afghanistan. If the Taliban suddenly stand down, then I’ll take this seriously. At present, it’s more like a mutual masturbation session between the parties to the discussion with no happy ending. Does that sound crude? Well it should, because that’s what it is.
The Chinese have pushed their influence deep into Pakistan and they want to de-escalate an unpleasant system that has been brewing since anyone reading this was born. A lot of the problem in Pakistan is based on endemic corruption and grinding poverty. Add Islam and you have a system of terror and violence that is difficult to defeat. But the Chinese take their Belt Road Initiative very seriously and they are earnestly in the belief that their approach will work. Back to the popcorn.

The subtext of China’s message is economic, more than security. The Chinese Foreign Minister’s stated reason for fighting terrorism is its negative impact on trade and economic development. Terrorist movements pose the greatest threat of instability in most less developed states. The Belt and Road Initiative (BRI) cannot succeed without stability in all 100 countries that have registered with the program. China’s BRI can only work in a stable world order. The last nation to bring stability to Asia was the Mongols…

The Military Dimension in Qatar
Bahrain’s Foreign Minister Sheikh Khalid bin Ahmed Al Khalifa said on Monday, the 26th, that the dispute with Qatar is related to politics and security as there are no military reasons behind it.

“The dispute never had military reasons. Bringing foreign armies and their armored vehicles represents military escalation which Qatar bears the responsibility of,” he said via Twitter.
The minister also said that some regional powers’ interference in the crisis with Qatar is wrong. “Some regional powers are wrong if they think interfering in the crisis will resolve it. It’s in these powers’ interest to respect the current regional system which can resolve any urgent matter,” he added.

This is the first recent statement hinting that there might be a potential military dimension to the Qatar crisis. Al Jazeera noted that on 10 June Sheikh Khalid told the press that the Turkish military base agreement had nothing to do with the crisis between Qatar and other Arab states. He was visiting Turkey when he made that statement.
Bahrain has now reconsidered that earlier position. One implication is that some Arab leaders are thinking about military options. The Turkish military presence essentially invites such considerations.
Bahrain expects Turkey to butt out of an Arab dispute. A second implication is that Sheikh Khalid considers that Turkish troops in Qatar are living proof that Qatar has betrayed Arab values, concerns and issues.
For now, it’s all churning below the surface, but something has to give – and it will likely be an internal re-shuffling in Qatar. How far that extends to the rest of the Gulf has yet to be seen.
Nigeria

In Maiduguri, a series of suicide bombings on Sunday night and Monday morning, 26 June, killed 16 people, including the bombers, and injured 13. The local police commissioner said all but one of the bombers were girls.
No group has claimed responsibility for the attacks, but the use of girls as suicide bombers is one signature of Boko Haram. Maiduguri is a favorite target. The most recent suicide bombings in Maiduguri occurred on 7 June and on 19 June, killing 26 people.
The bombings occurred on Eid al-Fitr, at the end of Ramadan. Police officials said that Nigerian authorities also disrupted bombing attempts in three other northern Nigerian cities. Police said that most recent bombers are young and inexperienced so that they succeed mainly in killing themselves.
The security situation has improved, but one of the legacies of Boko Haram is a humanitarian crisis that nurtures extremism.