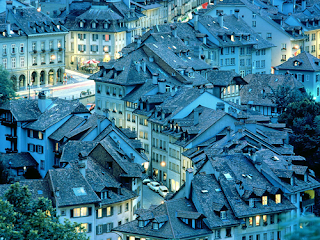 Facebook
Twitter
Pinterest
WhatsApp
I’m part Swiss, even though I am an American citizen, I qualify to be a Swiss citizen as well, so factor that into my rant while keeping my bias in mind.
Many foreigners find the Swiss mania for defense and firearms ownership to be Quixotic. I do not. The Swiss, whom Hitler called ‘insolent herdesmen,’ faced down the Nazi Germany juggernaut and Fascist Italy in military brinksmanship. Hannibal may have crossed the alps with an Army, but he couldn’t do it now.
Switzerland has remained neutral since the 14th century, especially with major wars going on around it (World War 1 and 2). They’ve managed to keep an expceptionally low murder and crime rate, while maintaining the highest quantity of guns per capita in Europe. And they don’t just have handguns, they have fully automatic machineguns in their houses. Perhaps it works because of national unity, or perhaps it works because everyone is armed. The old saying is, “An armed society is a polite society.”
American progressives love the Swiss, but they are mystified that the country can be so peaceful and serene when every adult has a government issued machine-gun in their home. Military service in Switzerland is mandatory, therefore everyone with a machine-gun is also trained to use operate it and put ordnance on target. They are required to train and qualify with the weapon. Burglaries in Switzerland are rare. I wonder why?

Every adult male must complete 260 days of military service before the age of 34, during which period he keeps his pistol or assault rifle at home. After they are discharged, soldiers are entitled to keep the weapon for the rest of their lives for a small fee. Some 1.5 million of the estimated 2.5 million weapons in the country belong to, or have belonged to, the army.

While it’s true that there is firearms violence in Switzerland, it’s not as great as it is in England where all private ownership of firearms is severely restricted. Additionally in England, the knife is often used as a weapon of availability when the thug doesn’t have a firearm.
In the United States, .02% of all firearms in the country are ever used in a crime. What happened to the rest of them? And what can be said about the people who use firearms in crimes?
It’s simply no challenge to buy a firearm and ammunition in any nation in the world on the black market. All you need is the means to make the purchase. Laws don’t protect people from that sort of activity. However, the toughest thug is forced to think twice before he invades a Swiss home where the occupant is armed with a machine gun and has been trained to use it.

No single law, no set of laws, can eliminate evil from the world or prevent every senseless act of violence in any society.