Pierre, the Deep State and the Mail 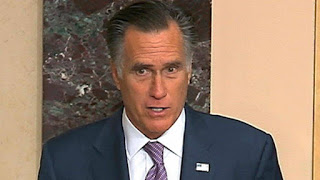 Facebook
Twitter
Pinterest
WhatsApp
Pierre Delicto
This past weekend, the Atlantic published an article by McKay Coppins about Mitt Romney. Coppins asked Mitt about Trump’s insults.
“That’s kind of what he does,” Romney said with a shrug, and then got up to retrieve an iPad from his desk. He explained that he uses a secret Twitter account—“What do they call me, a lurker?”—to keep tabs on the political conversation. “I won’t give you the name of it,” he said, but “I’m following 668 people.”
By that evening, Slate senior writer Ashley Feinberg had tentatively identified that account, which Romney, had named “Pierre Delecto.” She noted the tweets he had liked, his replies, and who was following him. Romney soon confirmed she was right: “C’est moi,” he told Coppins.
My immediate reaction was, “what an idiot.” Romney put himself in the same general class as Anthony Weiner (aka Carlos Danger). I have to admit that I did vote for him against Obama. Today, I couldn’t do that. I’ld just have to take a pass on an election where Romney was representing the alternative to a communist or a huckster like Barack. They love him in Utah and I’m sure that they’ll re-elect Mitt. But he’s just another rich goof that found himself a vanity job in government.

US State Department vs Trump

Career State Department bureaucrats are angry with President Trump and with the situation that they find themselves in. Though it may be homophobic to bring this up, a very significant percentage of career State Department employees are ‘gender confused’. State Department Foreign Service Officers, often referred to as FSO’s are referred by many as “faggots serving overseas”. Today that might be construed to be hate speech, however, that’s what almost everyone called them during my era in the rackets.
Not many people are as prissy, as vainglorious, as petty nor as obnoxious as State Department functionaries. Their conduct is legendary. They see themselves as the only true arbiters of diplomatic practice and since President Trump seldom takes their advice, the claws come out.
They’re also enraged that Pompeo gave a speech to the American Association of Christian Counselors and talked openly about the importance of his faith. That, according to Politico, “troubled many diplomats. Who are gay atheists.”

William Burns, deputy secretary of State under President Barack Obama, declared in an article in Foreign Affairs said to have “turned heads” in Washington that Trump’s treatment of State Department officials was akin to Sen. Joseph McCarthy’s “savage campaign against ‘disloyalty’ in the State Department.”

Diplomats are fuming because of Trump’s push to cut budgets and staff, and this is “a moment of catharsis.” They declared that Hillary Clinton’s legion of security violations and the 30,000 e-mails that were deleted, ‘didn’t constitute misconduct’. They whitewashed her preparatory to her run for the presidency again.
Trump’s critics say that his claims about a deep state are the result of his paranoid delusions. But after what the country has witnessed over the past three years, and now the bragging by State Department officials bent on getting Trump out of Washington, it’s the denial of the deep state that is delusional.
Mail
Jim – I find Tulsi to be the least objectionable of the disaster squad that’s the donkey party’s candidates.

That’s why they hate her, Jim. Not just because you (and I) find her to be the least objectionable, but because she has a mind and is not simply a blend of donkey talking points.

Fredd – What kind of ‘natural attrition’ would these commissar’s (your betters, as you like to call them, and rightly so) succumb to: maybe the scourge of the Old West; ‘lead poisoning?’

It’s pointless to speculate. There are a lot of rattlesnakes in Arizona, lots of poison critters. The terrain is rough and unforgiving. A graduate of Satan’s Vatican is out of his depth flailing around in this country. The carcass can just vanish. Maybe he fell into an old mine? Maybe into a trash compactor? Maybe he is depressed because this environment is so alien and he hangs himself, or hacks himself to death with an axe? Maybe he trips a claymore, and the meat is eaten by buzzards. (The Buddhists call it a sky burial)

I hate to admit this, but I’ve heard that Tulsi once ate a salad with Russian dressing on it. If that doesn’t make her an asset of the Kremlin, nothing does. Hillary is going to enter the 2020 race and I’m sure that she’s assembling a dossier on Tulsi.

Camperfixer – As for Tulsi, this is all distraction theater…the real Democrat candidate will emerge in the next few weeks. I mean, come on, does anyone really think Biden, Warren, or the other socialist losers has a snowball chance? Theirs is the doofus parade on steroids, all of them trying to out-idiot the others.

Hillary doesn’t consider herself a doofus (though the rest of us do). Imagine how it will mix up the line-up at the debates to have that old harridan in the center of the band. And how will Hillary feel if she can’t get as much in the polls as Beto or Yang? She’ll get desperate and Bernie will have another heart attack.

Kle – “Hillary found a Witch!”
I love the way all the people who are constantly being outraged over the things Trump says and tweets have their mouths zipped tight shut about this deranged spew of vitriol that Hillary aimed at somebody on her own side.
Trump has never even come close to the level of her recent diatribe.
IDK if she took too many meds, too few, or was just posting at the end of a week-long bender, but she sure brought the Real Hillary to the game this time.

She sounded drunk or loaded on the audio interview that she did about the tweet. One too many Singapore Slings? President Trump doesn’t drink.

WSF – I’m not saying that Gabbard doesn’t like Hillary these days (it’s dangerous to write that), but Tulsi would unplug Hillary’s support to brew a pot of coffee.
Life insurance up to date?

Tulsi could have a brain aneurism at any time.