Facebook
Twitter
Pinterest
WhatsApp
BUILD THAT WALL
My company, Consulting Services, has recently been retained by USGOV as to the matter of the US Mexico Border.  There are some things that I can say at this juncture and some things that I can’t. However, despite what nay sayers will tell you, construction of “the Big Beautiful Wall” is critical to national security. The current situation is so degraded and there are so many tunnels that the high value aliens take who pay $20K per head to cross through a tunnel, that it must be stopped for everyone’s wellbeing. Who are those high-value aliens? Middle Easterners with ISIS, Hezbollah, and Al Qaeda affiliations and Chinese. They go through the tunnels by the hundreds, but each one of them is ‘trouble’. The regular Mexicans just packing drugs or crossing to find work, go where there is no fence. The Big Beautiful Wall is designed with below ground sensors that will detect tunnels.
I was asked a question in Mexico City last week regarding NAFTA. I replied that the big question is whether we should be dealing with the President of Mexico or Ruben Osevegera Cervantes (El Mencho), the most powerful drug lord in Mexico.

Mexico is a failed state where the Narcos and the major industrialists who back them call the shots. And people in Mexico know that the place is circling the drain. There is a presidential election coming up this summer and it’s not going to be pretty. The people are fed up with the government and if the election was held today the anti-US communists would win power. The value of the peso is in the tank now. If the election goes to the communists it will plummet like the Venezuelan Bolivar (currency).
A wall makes perfect sense to all but the most self-absorbed who have motives that are not American motives.
Illegal immigration is down by 70% but it’s still an issue and will remain an issue. An unstable Mexico makes the construction of a wall even more important.
The Trump Presidency 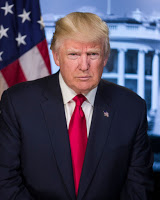 All I can say after the first year is that President Trump is good to his word in trying to make America great again. The stock market has never been higher, consumer confidence is up, job creation is many times higher than it was during the dismal years of Obamanaiton, government is shrinking in size and slowly but surely, the swamp is being drained. It’s true that Hollywood liberals, Republican RINOs and the corrupt, smug, sly, filthy lying mainstream media and their progressive masters are very sad. They predicted gloom and doom and America is pulling itself out of the pit that they prepared for us. 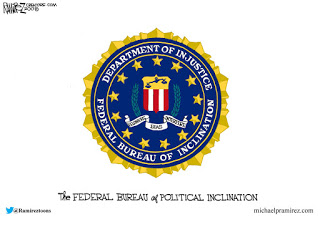 Sad, bitter has-beens like the Bush Dynasty, the abortive Clinton Dynasty, George Soros and his cabal, and Barack Obama whose legacy was trashed by the electorate in their election of President Trump, still grind their teeth and hope for some modicum of success. But it’s illusive. The Mueller probe isn’t going anywhere and the corrupt FBI has been called out for what it is – an ‘organ of the power elite’, not a mechanism of a justice system.
US relations in the Middle East and in the Far East have never been better with the exception of North Korea (soon to be just Korea). The Germans are angry with the President, but they’re an Islamic Republic now, aren’t they?