(Washington Examiner) The rebellion among California doctors against ObamaCare is spontaneous, quoting leaders of the state medical groups disavowing any role in the refusal – estimated at 70 percent of the state’s practitioners – to accept patients with ObamaCare coverage. The consequences could be enormous. The magazine talked to one insurance broker who compared private insurance options to those under ObamaCare for expectant mothers seeking obstetricians: 83 choices in a private insurance plan, 10 in ObamaCare.

Anatomy of a Train Wreck

Congressional hearings and testimony so far make it clear that the most fundamental pillars of potential success for ObamaCare were grossly mismanaged and largely ignored. Speaker Pelosi’s words that “we’ll have to pass the bill to find out what’s in it” prove that the emphasis was on politics and ideology, not on system requirements and planning for success. Doctors have to make a profit (like everyone with the exception of government) or they go out of business. “You didn’t build that” doesn’t apply to doctors.
You get the behavior and performance you accept, tolerate, and reward. In no single area is the difference between private and public sectors more revealing. The private sector is motivated by the need to succeed and to ensure survival of the enterprise. Government, with few exceptions, is completely absent these motivations. Pursuit of excellence is rare; no one worries that government will ‘go out of business.’

ObamaCare undertakes to completely and indiscriminately redefine the entire health-care segment of the U.S. economy, including laws and regulations, incentives and market forces, the delivery system, the providers, the insurance model, the customer interface, the billing and financing, and every other aspect of the existing system. This magnitude of change is distinctly irrational, is dysfunctional, and will necessitate a repeal irrespective of the President’s ego. 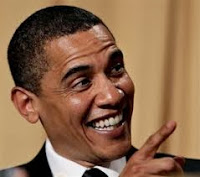 RULE OF THUMB: If you accept and reward mediocrity, and tolerate failure, excuse-making, and finger-pointing, that’s what you’ll get. And the larger the undertaking, the more profound and far-reaching the failure will be.
.

Dipping Into the Future

House lawmakers clashed this month over whether cuts to a Medicare program under the Affordable Care Act could lead to higher costs and lower enrollment.
The Medicare Advantage (MA) program, an alternative to the original Medicare fee-for-service program, provides healthcare coverage to Medicare beneficiaries through private health plans offered by organizations under contract with the Center for Medicare and Medicaid Services.
The ACA cuts $716 billion from Medicare over the next decade, with more than $200 billion coming from MA plans, according to some estimates.

(Fox News) Rep. Michael Burgess (R-Texas), vice chairman of the Health Subcommittee, suggested that the healthcare law never would have passed if Obama had been honest with the public about the changes it would unleash. “The president has sold the Affordable Care Act on a raft of false promises,” Burgess said.

“It’s clear the Medicaid Advantage program is under attack and these beneficiaries are beginning to feel the effect of more than $300 billion in direct and indirect cuts under Obamacare,” Rep. Phil Gingrey (R-Ga.), a physician, said. “Individuals are losing coverage that they are happy with and the doctors with whom they are comfortable with, and this is a tragedy.”