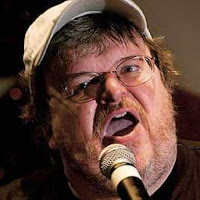 
Virtual Mirage, your one stop shop for unbiassed reporting, suggested that there has been some public confusion regarding unsubstantiated suggestions that famed progressive documentary film maker Michael Moore was in fact, a zombie. (read more here)
Virtual Mirage called Moore’s agent who didn’t return our call, prompting us to presume that it was a denial of the accusation. We aren’t MSNBC, where a refusal to return a call is a confirmation of guilt.
Moore created a number of films including Pets or Meat, the documentary about a woman who raises rabbits and sells them as pets or for human consumption. In 1995, Moore released a satirical film, Canadian Bacon, which features a fictional US president (played by liberal icon Alan Alda) engineering a fake war with Canada in order to boost his popularity. Canadian Bacon didn’t suggest that Canadians would be disposed to eat Americans or the other way around.
Moore’s documentary, Sicko, did discuss the terminally ill but did not touch on consuming their remains, zombie style. However, it could have potentially been the genesis for public concerns that the famously obese Moore was obsessed with zombie-style consumption.
Virtual Mirage makes no claims as to the accuracy of allegations. We only share them in much the same way as Mother Jones (where Moore worked for four months before he was fired) and Rolling Stone, using journalistic license and the Bill of Rights (which Moore does not subscribe to) as the standard shield.
In our efforts to be fair and balanced, we tried to find a stock photo of Moore eating vegetables but failed in that effort. All we know for sure is that he’s carnivorous. We’ve spoken to people who have been at parties with Moore but all they have been able to do is confirm our worst suspicions. 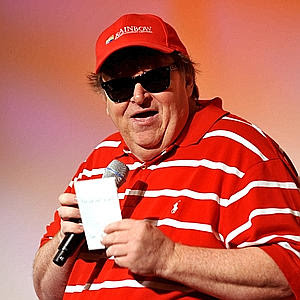 Maybe in the end it’s best to let America and the world decide whether Michael Moore is a zombie – or not? 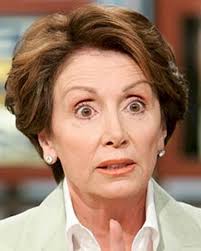 Washington DC insiders joined Rep. Nancy Pelosi (D-CA), the San Francisco dowager queen of liberalism, in an expression of shock at the suggestion that she might be a zombie (note photo – right). Many insiders question whether the expression of shock is legitimate or not, given the number of surgical procedures that she’s had. The photo (right) was taken before her lips were puffed by surgical means to hide zombie fangs, or so some conservative lobby efforts suggested to Virtual Mirage.

According to Robert Farrell, long time Pelosi friend, “This is just one more lame attempt to pull Congresswoman Pelosi out of the closet and it’s not going to work.”

Some people defended Michael Moore and some defended Congresswoman Pelosi, but we couldn’t find a single person in our Washington Survey who didn’t feel as though DNC Chairwomyn Debbie Wasserman Schultz was alive.

“Of course, Chairwomyn Wasserman is a zombie,” Assistant New York Caucus spokesperson Barry Bloomberg told Virtual Mirage. When asked to elaborate, he cited the need for her husband, Rep. Anthony Weiner to ‘sext’ to satisfy his male needs. Zombies become gender neutral when they undergo the transformation. She scares the hell out of children and that’s the first sign of a zombie. They don’t fool children or pets. Voters on the other hand, seem to be easily misled.“