This post is divided into two parts. The first is a piece by Ed Rollins (CNN) that was titled, “Vote shows Obama team must listen up” November 4, 2009 1:51 p.m. EST. The second is my opinion (mine only).

Ed Rollins, a senior political contributor for CNN, is senior presidential fellow at the Kalikow Center for the Study of the American Presidency at Hofstra University. He was White House political director for President Reagan and chairman of the National Republican Congressional Committee

(CNN) — The president didn’t watch the election returns Tuesday night, according to his press secretary, Robert Gibbs. He watched his beloved Chicago Bulls instead. At least in the NBA, his hometown basketball team won — by two points over the Bucks. If he’d watched the election returns, he would have seen that his team got clobbered.

He also would have realized a lot of angry voters are out there who aren’t very satisfied with the direction of the country. In a word, Tuesday’s election was anti-incumbent. The status quo isn’t good enough….The resounding Republican victories in the governors’ races in New Jersey and Virginia should send a warning to Democrats everywhere that your job isn’t safe just because you’re an incumbent.

Ed Rollins (above) is a Republican but he’s not a conservative. Politically, he’s more of a mainstream guy and I’d paint him as a quasi-liberal player. He’s not a Constitutionalist and not a strident critic of the utopian socialist agenda of the ObamaNation crowd. However, he struck on a cord in regard his treatment of independent voters. Most independents are not happy with either party and you could group me there myself. The conservative movement in America does not want the business-as-usual Republicans in office either.  Dede Scozzafava (NY-23’rd District) dropped out of the race because she was unmasked as a Republican in name but a Democrat in heart. The election went to her Democratic Party opponent, Bill Owens after she dropped out of the race and was replaced last minute by Doug Hoffman.
Independents, many of whom are conservative by nature, don’t want the John McCain style Republicans representing us. We don’t want the Dede Scozzafava’s walking around wearing Ronald Reagan masks. We want ethical, responsible, intelligent, strict Constitutionalists in office who will dig us out of the pit that the Democrats and many Republicans threw us in. We demand fiscal restraint, ethics in office, an intelligent foreign and domestic policy agenda that promotes the interests of America and her loyal allies first. 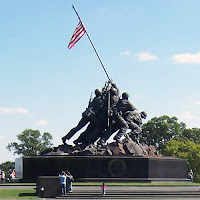 America doesn’t need to apologize to anyone. Not for anything. Americans have been given the gift of freedom to make the most of themselves. American’s don’t want the Federal Government in every aspect of their lives. In fact, the less, the better. Candidates who follow that agenda faithfully will find themselves surrounded by throngs of thankful Americans. And those who don’t will find that the few scabby, screwballs who follow them will not be sufficient to retain them in office.