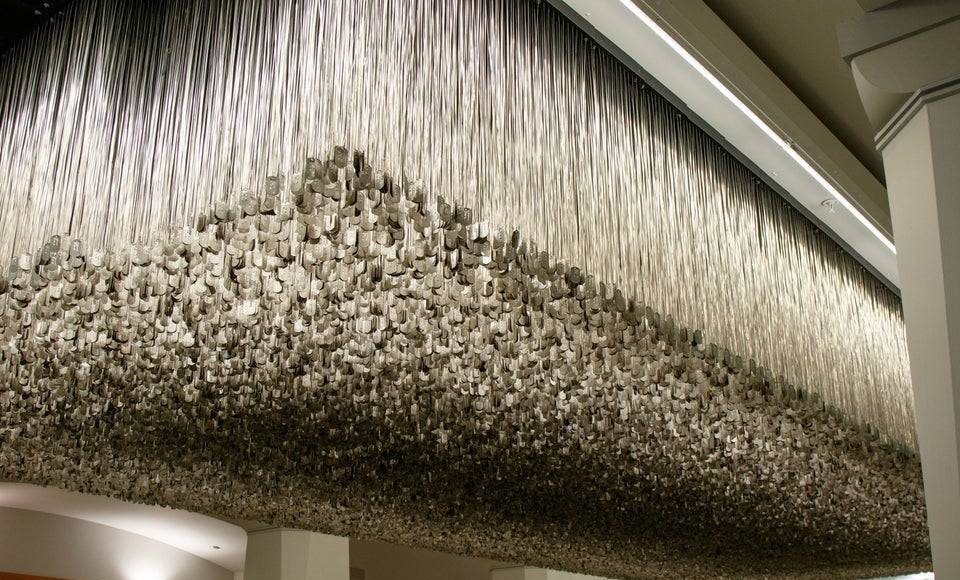 The dog tags of 58,307 US soldiers killed during the Vietnam War at the Harold Washington Library Center, Chicago.

Think about that as the Brandon Regime prepares to escalate the ongoing civil war in Ukraine and elsewhere. 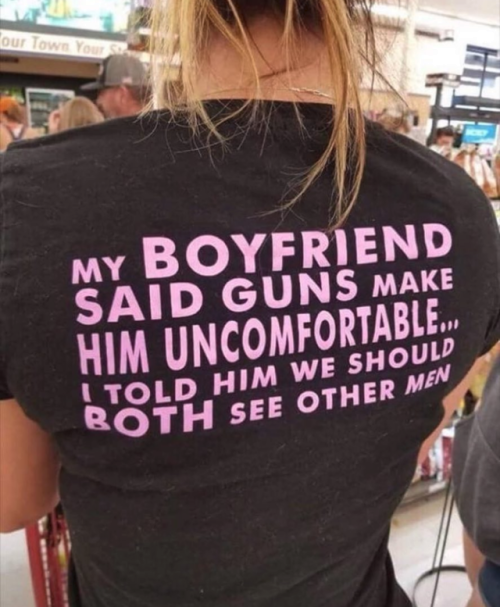 Here we have a long iron bar with U-shaped shackles. The bar usually has a large knob at one end and a slot at the other end into which a wedge or padlock is driven to secure the unit. They came in three different sizes, for men, women, and children, and were mostly used on the ankles, but the small ones could also be used to restrain the wrists.

The movable counterpart was the shackles, which had an iron chain instead of a fixed iron bar. 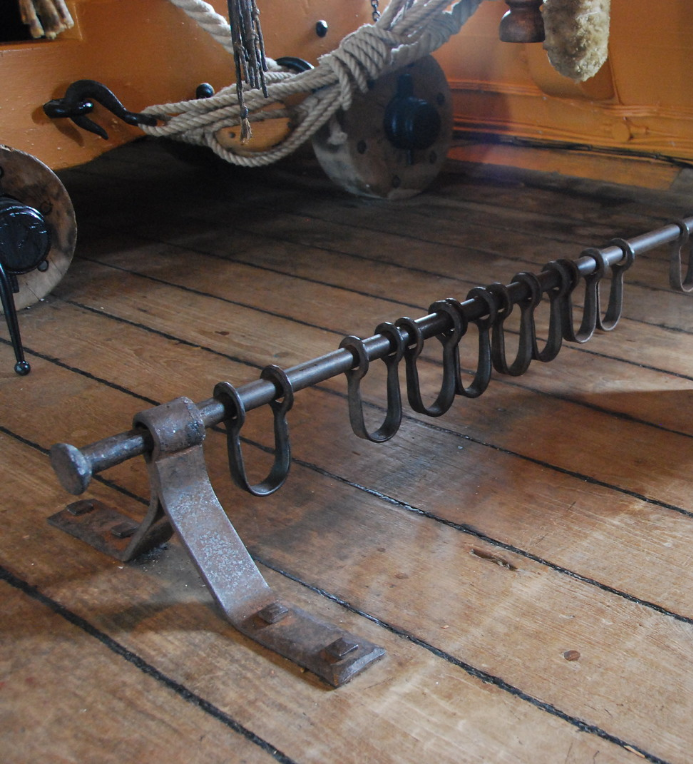 The Spanish Armada brought this type of shackling with them during the attack on England in 1588 in order to securely bring their hoped-for English prisoners back to Spain to be ransomed as hostages or sold as slaves.

This type of shackling was not only used onboard a ship to tie up and punish a sailor who did not comply with the rules. It was also used to tie up people on land and put them on public display and humiliation on a shame pole. This type of restraint was also very popular on slave ships.

The socialist plutocrats who have declared themselves to be your betters, inspired by idiot intellectuals and supported by news and social media, outlets have a particular devotion to racism that has not been seen since Nazi Germany. 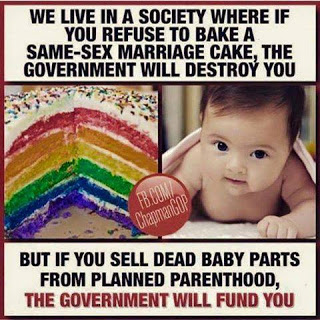 These people do the very deeds they accuse in others; and voice the accusations with such piercing, reckless, irrational hate, that it is a wonder to behold. Sane men silently back away, looking for some handy stick to club them back once they turn violent — as they always eventually do.

It is self-hatred they express. I can understand why they hate themselves.  There’s not much to recommend in their behavior, their lack of ethics, and their disdain for Christianity.

All political discussions now are merely racist proclamations of the unremitting evil of the Caucasian and all his works and all his ways and the unalloyed goodness of non-Caucasians, whose works and images and names have been thoroughly scrubbed from every commercial project and item of popular entertainment.

The appalling racism of the woke applauds racism in the name of fighting racism. Anyone who opposes racism, by this logic, is racist. Whereas the racist supporting racism is not racist, because, as said before, the accusation only can go in one direction.

They have literally called for the middle class and the poor to own nothing and be happy and to die and decrease the surplus population. Their energy policy will return the poor to burning wood for heat, and their depopulation policy mandates an injection that induces stillbirth in the unborn and blot clots in the elderly.

The poor and dispossessed will be decimated, starting with the blacks. The movement to defund police, organize riots, drive businesses out of black neighborhoods, and abort black babies is likewise a population control measure meant to commit a slow genocide. All in the name of antiracism, mind you.

The lunatics of Looking Glass Land rarely speak openly against the poor and middle class. It would not poll well with focus groups to tell people that their fate is to be slavery, poverty, humiliation, the torture chamber, and the death camp.

All the Empire of Lies need do is accuse and accuse and accuse Western Civilization of being imperfect: the freedom and equality known in no other land or generation save where the Gospel is triumphant is denounced as systematically racist and genocidal. True equality, so we are old, consists of race-quotas, diversity-hires, and segregation.

The appalling racism of the woke forbids what it calls cultural appropriation so that neither tacos can be eaten nor Chinese silks worn but also forbids any depiction by whites of non-whites in film or print.

This differs from the burning of Jewish books by Nazis in the 1930s only in that it is less honest. By removing the Washington Redskins and the emblem of Land O’ Lakes Butter (an image drawn by an American Indian, mind you), the minorities are abolished from public view in the name of protecting them. The result, please note, is the same.

The one loophole to increase minority representation is to replace long-established characters and franchises with diversity-hire versions as if the customer loyalty to the character will follow the name and copyrighted trademarks, rather than the things the customer likes.

Of course, if they actually wanted any of these things, they would support those laws and institutions under which the poor and downtrodden suffer the least, and have the best hope of bettering themselves: they would support a colorblind society where each man is judged on his merits, on the content of his character, not the color of his skin. But they call colorblindness racist.

Likewise, they would support the free market, as no other human institution is more likely to lift the working poor out of poverty. But they denounce capitalism.

Likewise, they would support equal rights for women, both here and abroad, and denounce those cults, those cultures, those religions, and those civilizations that reduce women to chattel servitude, dishonor motherhood, deter virginity, undermine monogamy. Instead, in the name of fighting the patriarchy, they promote aborticide and defend rapists both large and small, from pederasts who assault children to politicians who rape staffers. They glamorize fornication and wonder why the suicide rate among women rises. Finally, in the name of gender ideology, womanhood itself is abolished, and a man in a dress wins gold medals at weightlifting and wrestling in the women’s division.

They coin a term like “cisgender” to try to graft a negative connotation to something non-perverted and normal. Or they put the modifier “social” in front of a word to make it mean the opposite of reality, as when “social justice” means what sane people call an injustice. But such words get used up quickly, and new jabberwocky must quickly be invented. None of them have meaning in the sense of depicting an idea. It is just noise.

And the noise varies between soft, sniveling sneers and full-throated yowls of vulgar malice, barking like dogs and screaming helplessly at the sky.  It is a sound of hate and more hate.

Now, a word from Ho and Creepy Jo:

Jo/Ho were not elected, they were installed.

Instead of taking responsibility for the raging oil prices during the supply chain crisis, produced in large part by Democrat unemployment payments, the regime has accused oil companies of earning record-high profits. On Wednesday, Biden/Brandon asked the Federal Trade Commission (FTC) to investigate oil companies for “anti-competitive behavior.”

“I, therefore, ask that the Commission further examine what is happening with oil and gas markets and that you bring all of the Commission’s tools to bear if you uncover any wrongdoing,” Biden/Brandon pleaded.