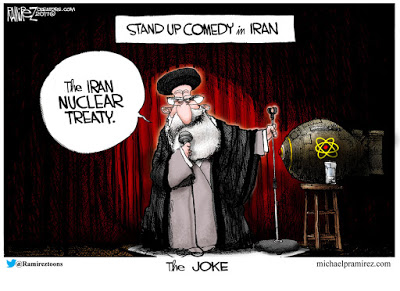 The US invasion of Iraq and the defeat of that nation was viewed from Teheran as “God’s Intervention” for Iran, which had difficulty handling the Iraqi menace.

There were those of us who tried to make the point back then, but Present Bush (and his friends) would not be deterred. The hubris and zeal that led to the invasion which cost the American nation so much blood and treasure over the past decade and a half can not be under stated. Some forget the situation, but I recall it clearly. I’m not going into details of who or why post September 11, 2001, but I was alarmed by the situation, but I was not alone in this.

Fast forwarding to the present (with a continuing dose of I-told-you-so), the multi-polar nature of the Middle East that includes the Islamic radicalization of Turkey, creates frustration when reading the tea leaves, because it’s like ten chameleons making love. Even with a program and a sound understanding of the history of the area and the players, the variables keep it all looking like the Gordian Knot (cut by Alexander-the-Great).

Iran is Open for Business

A shipment of 15,000 tons of Indian wheat aid to Afghanistan arrived on Saturday via Iran’s Chabahar/Chahbahar port. The shipment left India’s western port of Kandla on 29 October and reached Chabahar on 1 November. It was then transported by trucks to Zaranj, in the Afghan province of Nimruz, which borders Iran. From there, it will travel to Delaram to join the Afghan Ring Road for distribution.

A total of seven shipments are planned to deliver 110,000 tons of wheat in stages between now and the end of January. A second wheat shipment already is at Chabahar. “With the opening of Chabahar port, Afghanistan will no longer be dependent on Karachi port,” said Nimruz Governor Mohammad Samiullah.
Context: India has committed $500 million to develop the sea route, which will allow traders in landlocked Afghanistan to bypass Pakistani restrictions on shipments via Pakistan’s Karachi port. The sea route also is much more secure than the Pakistani roads.
Earlier this year, Afghanistan opened an air corridor to fly tons of fresh fruit to India after Pakistan raised taxes on the goods.
The shortest and most cost-effective land routes between India and Afghanistan are through Pakistan, but Pakistan refused to permit India to trade directly with Afghanistan using Pakistani roads.
India tried for many years to create a transit corridor to Afghanistan that used Pakistani roads. Last year it tried to send a shipment of wheat to Afghanistan overland via the border crossing at Torkham, but Pakistani officials objected. India has promised 1.1 million tons of wheat as a gift to Afghanistan, of which 700,000 tons have now been delivered. 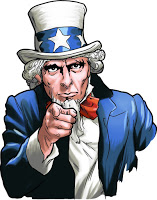 In May 2016, India, Iran and Afghanistan signed the north-south transit corridor agreement via Chabahar, rather than Bandar Abbas, Iran’s busiest port.

How does the US fit into this? The US in effect, remains the puppet master over the Afghanistani government. Thus all agreements of this nature must be ratified (at least tacitly) by USGOV.

Cause and Effect with China: Competition with China. China’s Belt and Road Initiative and the China-Pakistan Economic Corridor spurred India to get serious about developing its own infrastructure initiative with Iran and Afghanistan or lose opportunities for expanding trade into Central Asia. The transit corridor agreement is the result and a first step in India’s marketing plans.
The new route eventually will alter trade patterns in Afghanistan, away from Pakistan and the China-Pakistan Economic Corridor. The Chinese project will have some competition.
An Iranian Base in Syria?
On 10 November, the BBC published a series of images taken between January and October 2017 that show the construction of a military base eight miles south of Damascus. An unidentified Western intelligence source told the BBC the facility is a permanent Iranian base.

The main features in the images are a series of 12 large garages on one side of the facility and six buildings that appear to be housing for personnel on the opposite side. These buildings are not newly constructed, but probably have been refurbished. Several new buildings have been constructed. No gun emplacements, security fences or other security measures are apparent.
Israeli news services have lionized the BBC report, citing Prime Minister Netanyahu’s warning that Israel will not let Iran establish itself militarily in Syria. Some cited the BBC report as confirmation of many similar, unconfirmed reports about Iranian base construction in major cities of western Syria.
The BBC provided no additional evidence to support the allegation that the base is Iranian. The location is astride the main north-south route from Damascus to Amman, Jordan, affording easy access to Damascus, but not much else.
The facility is unfinished after 10 months of construction. The buildings show no sign of urgency in completion. There are no obvious checkpoints, security fencing or other measures that would suggest the facility has special sensitivity. Iranian military facilities are heavily guarded and have perimeter roads, checkpoints for access and are surrounded by security fences. Thus the evidence that this is a military base is unconvincing at this point despite the BBC’s assurances that it is. The buildings are organized but generic. Most importantly, the absence of security measures suggests this is not a sensitive facility. An obvious Iranian base in Syria would be a departure for Iran, which usually prefers to hide or disguise its personnel operating outside Iran.

The developments here as reported by the BBC are worth watching.

An Iranian I know said that the assailant was a Sunni Muslim. He says that horses are off the menu for Shiites. You can make of that what you will.