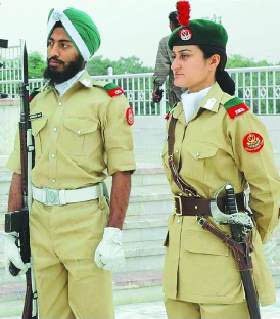 We have all heard about the most recent Obama failures – he can’t make a decision on Afghanistan, he was scorned when he made hosting the Olympics a potential jewel for his crown and so on. We’ve also seen that when he fails, he did so because everyone (else) was a racist, or George W. Bush caused him to stumble. It’s tired rhetoric and I’m waiting to see who he blames this time.

The Obama Administration has laid out a plan to radically remake the Government of Pakistan along lines the US (not Pakistan) would prefer. Obama, long an advocate of tearing down governments so he can rearrange them according to his (sometimes twisted) idea of what is desirable and what is not, is at it in Pakistan – and the Pakistanis are not buying it.
The Kerry-Lugar Bill is at the heart of the dispute. It’s a five-year, multibillion-dollar US aid package that has been approved by Congress that Obama is likely to sign at the end of this week or the beginning of next week. The aid package is designed to limit the Pakistani military’s role in governing that country.
The Obama Administration believes that it can (more or less) bribe regime change in Pakistan and that the bribes will work to create a completely different government under their model. Insane hubris and arrogance aside, we’ve come to accept that from this Administration, who on this planet thinks it will work? That is aside from Senators John Kerry and Dick Lugar.

The Administration believes, buoyed up by analysis, that the US fight against militant Islam in South Asia is best served by a civilian government in Pakistan. The Pakistani Military (Inter-Service Intelligence Agency) was responsible for the creation of the Taliban, for example.
This is why it will not work. (h/t to Stratfor for whom I relied on for this analysis)

The military has ruled Pakistan directly — or indirectly dominated during brief periods of civilian rule — throughout its 62-year history. The current democratic arrangement is in its infancy, with disparate forces competing within civilian institutions: The presidency, parliament and judiciary all have been wracked by internal conflict. The need to rein in an assortment of jihadist non-state actors threatening national security is putting the nascent civilian state under even more pressure. In short, though weakened, the military remains the Pakistani institution best positioned to meet the first requirement of any nation-state: keeping the country together.

The U.S. move will exacerbate civilian-military tensions. This is already evident, as the Pakistani central command moves to counter the Kerry-Lugar Bill. It is extremely unlikely that it will go so far as to mount a coup — and face a domestic and international backlash — but the military has no intention of yielding without a struggle, which almost surely will result in increased instability.

The Pakistan People’s Party (PPP) government is trying to follow the model of the ruling Justice & Development (AK) Party in Turkey, which over the last few years has successfully reined in the Turkish military establishment. The PPP Government believes (sorta) that a few billion dollars from the US will allow them to establish greater civilian rule over time, but PPP, unlike the Turkish AK party, is not popular with the people. We will make PPP government officials fabulously rich so that they can retire to Switzerland or the US when the whole thing collapses and live on their personal fortunes, courtesy of US National Debt.

Back to Stratfor’s analysis:

Pakistan is no longer a place where the military can simply dismiss civilian governments, let alone take over. At the same time, the country is also far from the point where civilians can exercise greater control over the military. Therefore, any radical move to alter the nature of the state could have serious repercussions for both the country and U.S. interests in the region — a serious matter, given that Washington already is struggling to craft a policy for Afghanistan.

I admit that I don’t have much faith in the Obama Administration or the Democratic Congress in the US. They have been actors without a real script to follow so they’re trying to find success by doing what they do best – throwing (taxpayer) money at a problem, hoping that it will stick. They are doing this again with Pakistan.  Sit back, watch the fireworks, watch your multi-billion dollar aid package squandered – again.