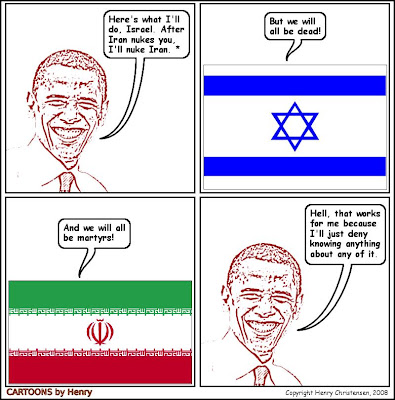 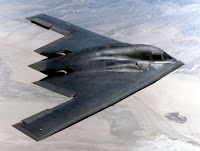 Iran is making weaponized uranium. It’s not a secret, and hasn’t been a secret for many years. Last week the Iranians went public with the disclosure that they have two processing factories. Does that mean there are three or four? I don’t know.

The US military’s non-nuclear response option, should they decide to deploy it is the GBU-57B Massive Ordnance Penetrator (CLICK HERE) (MOP). The MOP is the child of the BLU-82, also known as the Daisy Cutter, originally designed to blast deep tunnel complexes in Viet Nam.  The Daisy Cutter sat on rails in the cargo bay of a C-130 and a parachute was deployed from the rear of the bomb and literally pulled it free of the aircraft. The parachute then created drag to point the bomb “downward” and the 15,000 lbs bomb hit and did massive damage. They were also used in the First Gulf War and in Afghanistan in the earlier days of the conflict. The Daisy Cutter was the soul of shock and awe and shook some of the caves loose that the bad guys were cowering in.

The GBU-57B MOB is literally twice the size at 30,000 lbs of high explosive. On October 2, 2009, McDonnell Douglas was awarded a $51.9 million contract to provide “Massive Ordnance Penetrator Integration” on B-2 stealth bombers (pictured above). Each B-2 should be able to carry four MOB’s.

I don’t know if Obama has the guts to call the shot, but both Iran’s Natanz and Qom facilities are protected by several yards of concrete, buried somewhere near 100 feet underground. The MOB’s should shake things up considerably if they are dropped in large numbers on the nuclear weapons plants.

The Russian-made Series 300 Surface to Air missiles are ineffective against the stealth bomber because their phased array radars can’t see them.

The US has an option that will be ready to be used before Iran is scheduled to complete its uranium enrichment process.

Should we strike preemptively?