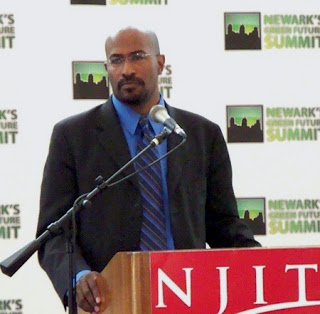 Van Jones, Black Panther, communist, Green Jobs Czar — retired
The Los Angeles Times may have turned on President Obama. Maybe it’s one of those ‘honeymoon is over’ cases of buyer’s regret? You can read about their latest rant against this failed administration HERE.

Maybe Obama played a Jedi mind trick on the LA Times? (Those are not the jobs you’re looking for) The Green Jobs portion of Stimulus I spent $38.6 billion (36,800,000,000.00) to create 3,545 jobs. (LINK HERE) That does not include the jobs that will be lost when some of those companies will go bankrupt. If the nation ends up with 1,000 permanent green jobs for $38.6 billion, I’m sure that Obama will link arms with Senate Majority Leader and take a bow. After all, the money did not come from Obama’s personal fortune.
Seattle, WA received $20 million and managed to create 14 jobs. It’s a success story when you consider that’s just over $1 million per minimum wage job. Not nearly what the “results above” indicate. (LINK HERE) 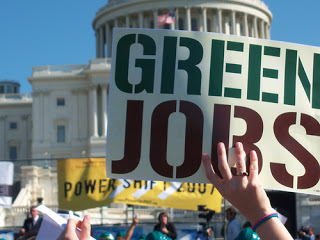 Fox News asks if President Obama’s Green Jobs Initiative is falling apart. (LINK HERE)
The Democratic Party is working hard to distance themselves from this cornerstone of the Obama Presidency (sort of like ObamaCare), but the American People are left holding the bag.
Why would we want to spend half a trillion dollars on Stimulus II when Stimulus I flopped so badly?