75 Years Ago – This Morning 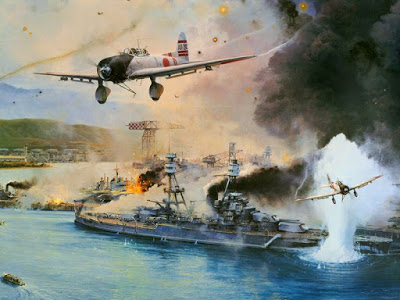 Japanese Prime Minister Shinzo Abe is planning to visit Pearl Harbor, on the occasion of the 75th anniversary of the attack and I have no problem with that. However, the unprovoked, surprise attack on Pearl Harbor is something that we shouldn’t ever forget. Barack urged us a couple of years ago to get over the 9/11 attack on the Pentagon and World Trade Center (and the aborted attack on the White House).
It’s not about getting over something and moving on. It’s about recalling history without any politically correct, revisionist lens. People who can do that are willing to make plans to avoid the situation that made it possible to successfully attack Pearl Harbor or New York and Washington, DC.

The classic book on the attack on Pearl Harbor is “At Dawn we Slept” by Gordon Prange.

One of the best books on the Battle of Midway is “The Shattered Sword” by Jonathan Parshall and Anthony Tully. 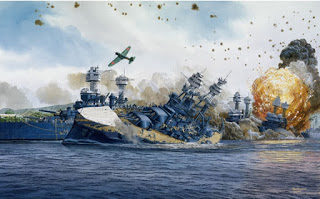 There is a move in the US and in Japan to remove the necessity for dropping two atomic bombs on the Japanese homeland, which ended the war. Bill O’Reilly and Martin Dugard deal with this issue appropriately in, “Killing the Rising Sun“.  The way I see it, (a) it saved American lives and (b) the Japanese had it coming. They could have surrendered and chose not to after having been warned.
But that was in the future on December 7, 1941.