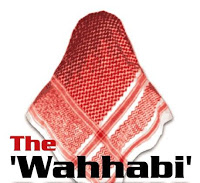 Facebook
Twitter
Pinterest
WhatsApp
Barack Obama’s leadership permeates Washington DC – and leaks into his foreign policy arena. Witness the Benghazi Massacre – and beyond. Arab Spring turns ugly and the US seems paralyzed. We had CIA and State Department facilities in LIBYA without any outside DoD situational awareness whatsoever. (This is a screw up of Biblical proportions when you consider the location and political situation in the region). Within two months after that, the Department of Justice intentionally leaked evidence from an investigation that took down CIA Director/General Petraeus. Russia and Saudi Arabia told DHS and CIA that Tamerlan Tsarnaev is a terrorist. Information follows that Tamerlan Tsarnaev is being examined by the FBI and DHS, which knows when he left the country. Obama’s  Red Lines in Syria, and presumably in Iran are now blurry and pink. FBI’s investigation at Benghazi is so thorough the very first group of journalists to actually go to the battle location found all kinds of sensitive information at the scene. The Obama Administration continunes to stress that radical Islam isn’t a problem. And I wonder who’s steering the ship of state. MSNBC: Obama has everything under control… but– The fish rots from the head down. Sounds as if the Chief Executive needs to play another round of golf.
Which brings us to Afghanistan
Late last week, The US Special Inspector General for Afghanistan (SIGAR) published its 19th quarterly report which included a section on manning in the Afghan National Army. When I read the report, I had a difficult time reconciling what I knew with what I read.  One portion of the report makes clear what everyone knows: without US (and outside) funding, no Afghan security forces would remain loyal to the government. In an attempt to keep the ball rolling after the US leaves, the nations who invested in Afghanistan created the Law and Order Trust Fund for Afghanistan (LOTFA) – managed by the UN.
SIGAR’s report showed that while funding increased in a significant order of magnitude, the Afghan National Army has been shrinking.

(Independent – UK) The Independent reports that attrition in the Afghan National Army is about 30%, or three in every ten soldiers are killed, captured or dismissed for cause. The report also states that 5,000 recruits a month just quit. 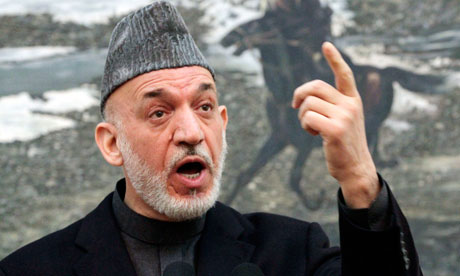 The Special Inspector General stipulated that accurate and reliable accounting of government forces strength is necessary to help ensure US funds are spent for legitimate and eligible costs. It quoted a US command that there exists no “viable method of validating personnel numbers.”
For anyone alive during the Viet Nam War, the memory of the incredible shrinking Army of Viet Nam (ARVN – South Vietnamese Army) should be somewhat vivid. When the Americans were no longer present to do the fighting, ARVN almost ceased to exist.
Is the Karzai Government an American puppet regime? Of course. I haven’t heard any Americans opine differently (ever). How long will it last once the US departs? About as long as it takes for the Afghan President to board his executive jet (paid for by US taxpayers) with all of the loot he’s been able to amass and head for Switzerland.
ANALYSIS

The US invaded Afghanistan after 9/11 because we couldn’t very well invade our ally, Saudi Arabia, home of Wahhabism. Sure, there were terrorist training camps there – but not as many as there were in our ally, Pakistan (for example). You’ll remember Pakistan? That’s where Osama bin Laden was found hiding, right next to one of the largest military bases in the country.
The US needs to decide whether it’s at war with radical Islam (and all of its manifestations) or not. With a closet Muslim in the White House, I don’t expect a ruling on that anytime soon. Meantime, Afghanistan is a complete waste of American lives and treasure. I have no problem with turning it back over to the natives until/unless the US decides how to deal with radical Islam.