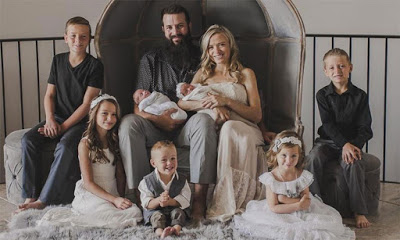 
Silicon Graybeard’s blog piece is worth a read (link). As best I recall, that allegation of coordination between USGOV and the Sinaloa Cartel came up during the prosecution of Ismael (Mayo)  Zambada Garcia’s son, Vincente (Mayito) in the Northern District of Illinois. During that time, Mayo was on the outs with the Sinaloa Cartel and was at war with both Joaquín (Chapo) Archivaldo Guzmán Loera, who ran the Sinaloa Cartel and Rubén (Mencho) Oseguera Cervantes, who runs Cartel Jalisco New Generation (CJNG).
Sorry for dropping names, but I suggest is that the story was made up by Mayo and the defense team to provide a legal defense for Vincente. The fortunes of drug cartel leaders ebb and flow and Mayo, whose family and foster family I know personally (been to their home, been invited to weddings, etc.) is no exception. The relationships between these various factions are continually in flux as fortunes and turf are won and lost. Between 2012 and 2014, Mayo was on the losing end of a struggle for turf in Guadalajara and elsewhere and he was on the outs with Chapo. I know some of Mayo’s lieutenants personally and they know me. I had a remit to deal with these people in that time period and spent time in that region.
The Fast and Furious case was engineered to demonstrate that firearms are transferred from the US to Mexico to arm the cartels by SECSTATE Clinton and Attorney General Holder. President Obama may claim to be unaware of the details but I suspect that he knew the broad strokes.  There was an ongoing push to increase firearms control legislation in the US and this was intended to be a pretext and it went horribly wrong. Sharyl Attkisson, a reporter, did considerable research on this and her work is stellar.
In my experience, the Mexican Army (SEDENA) usually carries H&K G-3’s and the Mexican Navy (SEMAR) carries M-4’s (.223). Most cartels have a wide assortment of firearms to choose from, but most frequently carry AK-47’s. We can chat about where they buy their arms and ammo, but it’s most often Chinese or Russian origin and they trade drugs for arms. They buy military grade hardware from military inventories in Honduras, El Salvador, Guatemala, etc. So you see them with hand grenades and armament from Israel, USA, etc. that was sold to these governments with an end user certificate — and sold from inventory or “stolen”.  Most of the arms and ammo that they use does not originate in the USA, but admittedly a smaller percentage does. The point is that you can’t buy military grade hardware in the US and that’s what they prefer.
The truth is that the cartels never had much of a problem smuggling vast amounts of narcotics into the US and don’t today and it doesn’t require US corruption to facilitate it. Don’t get me wrong. CBP Officers at the ports of entry have a vast corruption problem, but the drugs get through irrespective of those ports of entry.
I’m not privy to the fine details of the cause of the slaughter of the women and children who lived in the Fundamentalist Mormon town (which has been in existence for generations) or the interrogation results from the suspect with the two hostages/kidnap victims who was taken down. Suffice to say that there have been incidents where Catholic hospitals have been wiped out. Doctors, nurses, staff and every patient in the hospital in bed or in an operating theater for very little reason. It’s a dog bites man story that never makes the US press, that is almost always focused on political crap, or on the Military Industrial Complex’s need for more war. It’s life in Mexico under the rule of a narco state.
Taxes
Some cartels require people in their areas of control to pay taxes to them. In areas where control is disputed, more than one gang/cartel may require that you pay taxes. If you don’t pay, the slaughter of family as an example is very common. That may have happened here in this recent mass murder.  But as I stated before, I’m not up on this incident. I’ve seen and heard of similar events in the past. The difference is that these are US Citizens (even though they’re also Mexicans by nationality, born in Mexico).
As I have mentioned before on this blog, any of you could smuggle narcotics into the US if you are willing to pay the tax to the local cartel. If you’re a small operator and want to piggyback a few kilos of whatever, you’d normally pay 10% insurance to the cartel to insure that your load arrives in the US. The 10% isn’t for a bribe to USGOV employees, it’s a way that the cartels make money because they have confidence that they can get the load through. Sometimes the loads are intercepted and they make good on the loss. You’d pick up your narcotics in the US and would distribute them, through your network, and would collect the proceeds (in cash) and do what you would with that money. The process is simple and it repeats. The only requirement that the cartel levies is that you sell at a fixed price and pay the tax. Insurance is optional. The process is very simple and it happens every day, except that most of the narcos take Christmas and Easter off to be with family.