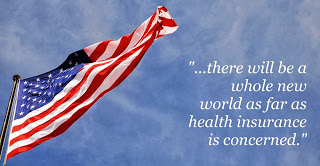 Facebook
Twitter
Pinterest
WhatsApp
My sister works as an administrator in a hospital in Washington State. We don’t talk all that much but we did over Thanksgiving. I asked her about the impact that ObamaCare has had on her corner of the healthcare industry. Again, this is not a nationwide or global perspective — just her view.
Baby Sister said that in October, they laid off 500 employees essentially because of ObamaCare and the reduced money that the hospital plans to take in. Her hospital is one of those which will accept ObamaCare insurance. Essentially it’s a vast expansion of Medicaid with very low reimbursement schedules that most doctors don’t accept — and neither do most hospitals. She said:
I countered that the law hadn’t gone into effect fully — why is she seeing this now?
What about the website?
How affordable is the Affordable Healthcare Act?
My sister has been a Democrat in the past. She said that she’s changed her party affiliation. “You know (she said, as if I didn’t know this) Central government planning has never delivered on its promises and there’s no reason to think it ever will.”
* Fact Check – 44%